Wife reportedly moves in with customer she accused of raping her 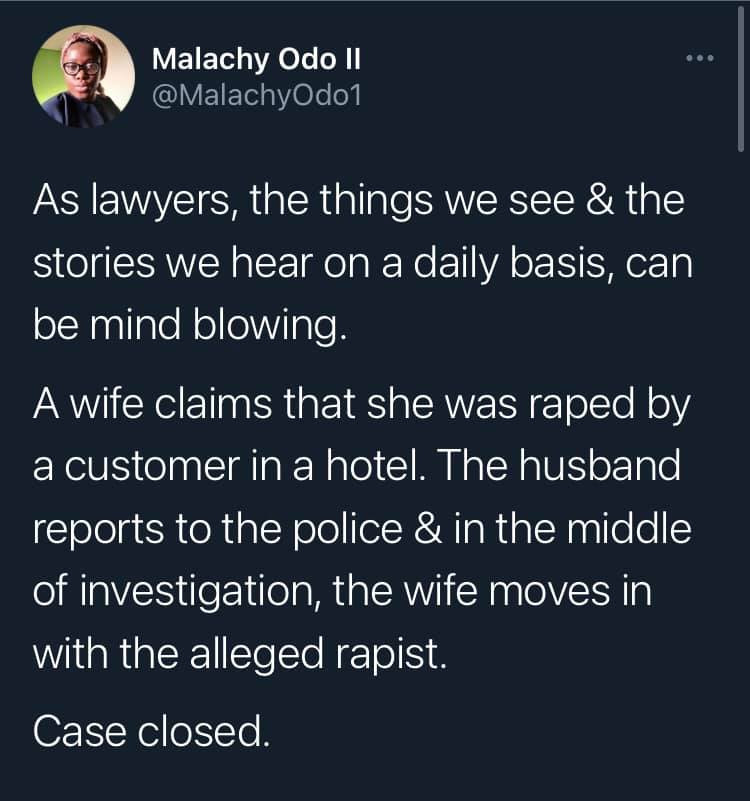 In yet another Twitter story, a Nigerian lawyer has taken to her Twitter handle to narrate how a case she was involved in played out.

According to @MalachyOdo1, a wife had claimed that a customer raped her in a hotel. However after her husband reported the incident to the police, she moved in with the “rapist” in the middle of the investigation.