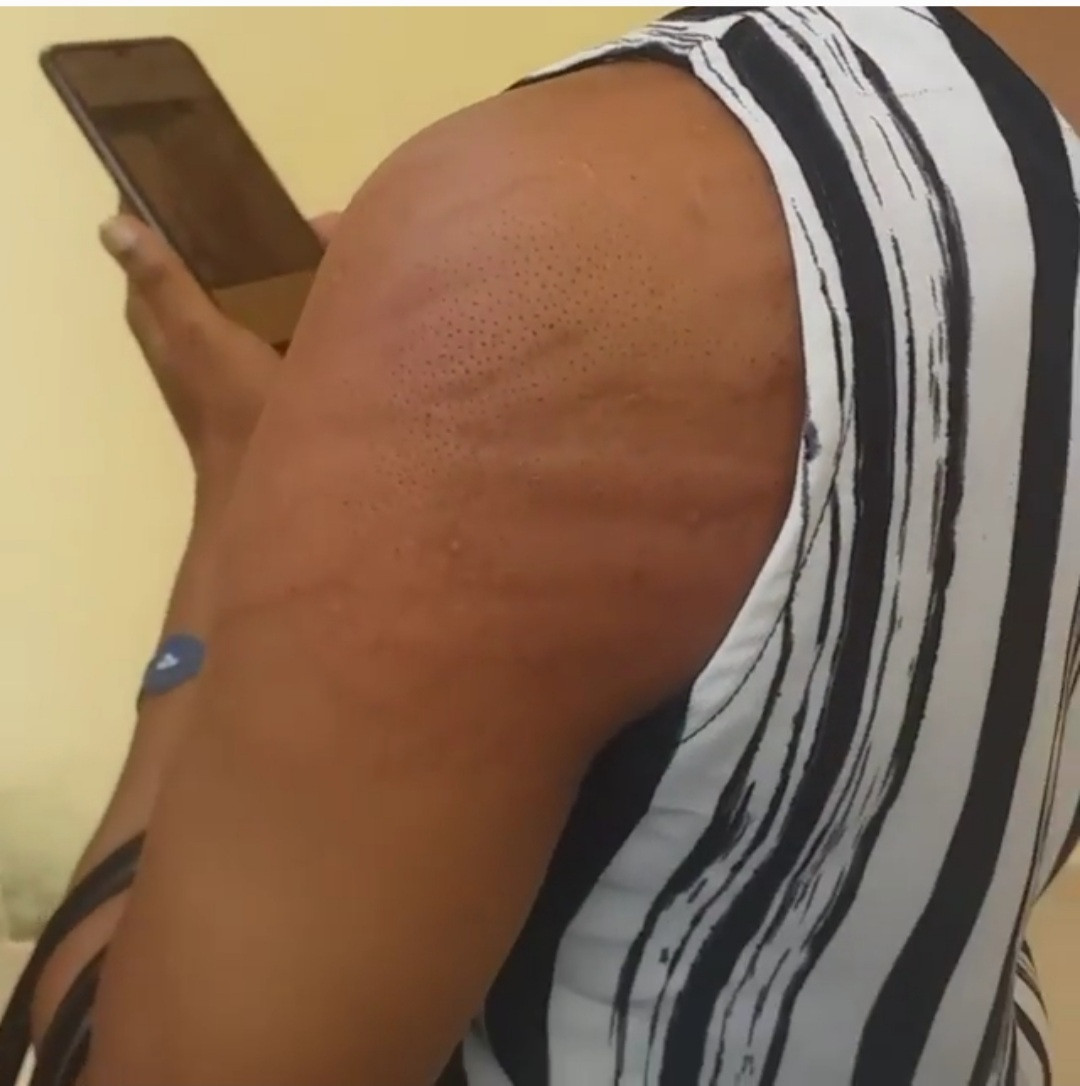 A student of Nnamdi Azikiwe Univeristy, also known as Unizik, was left with swollen and bleeding skin after she was allegedly beaten by a lecturer.

The student, who is in the Economics department, was allegedly beaten by a male lecturer because she didn’t wear ankara to class, her course mates are heard saying in a video shared online.

She suffered injuries on her arm and back as a result of the beating. 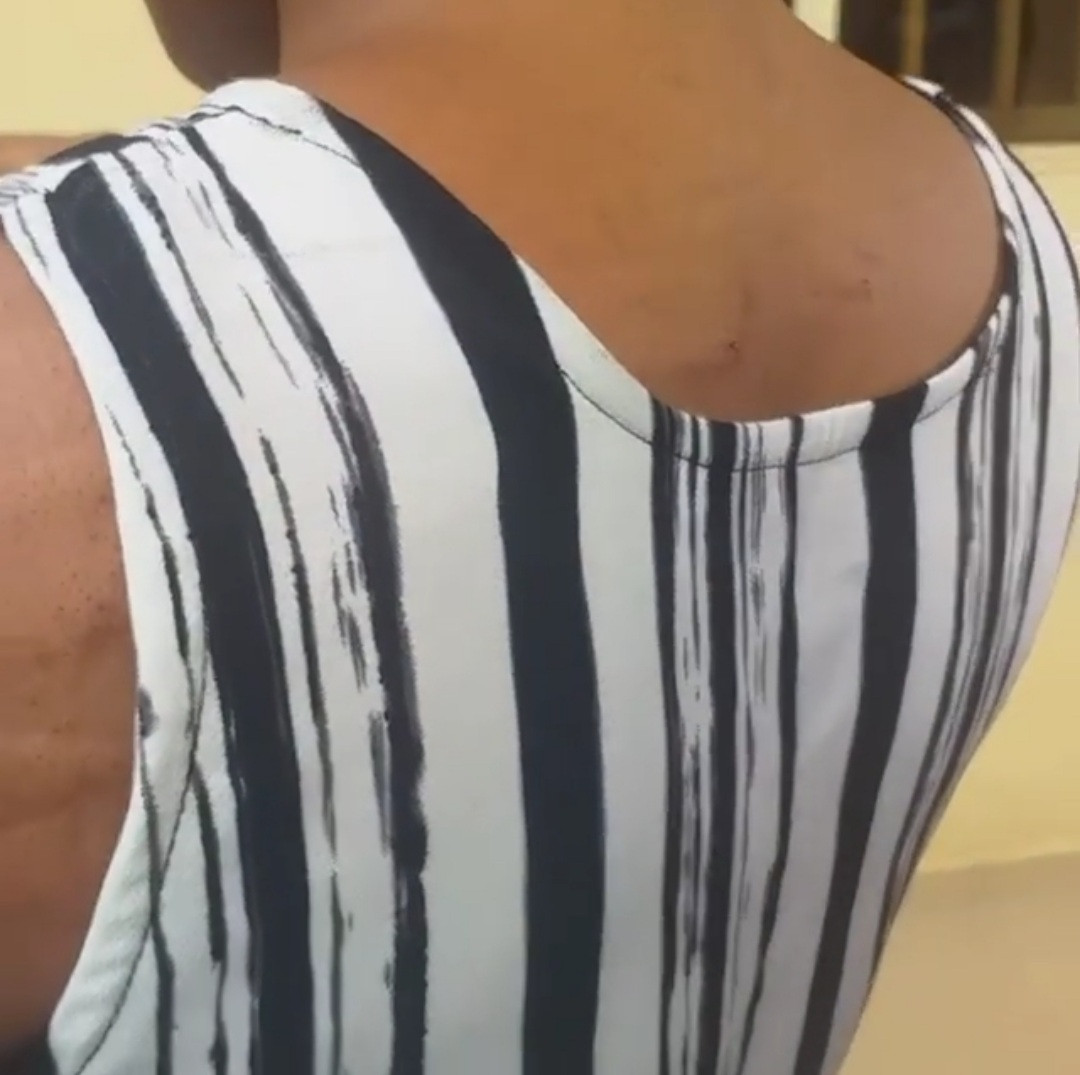 Another student, the one who shared the video online, revealed that the lecturer seized her own slippers because it doesn’t comply with the dress code they were asked to wear to class. 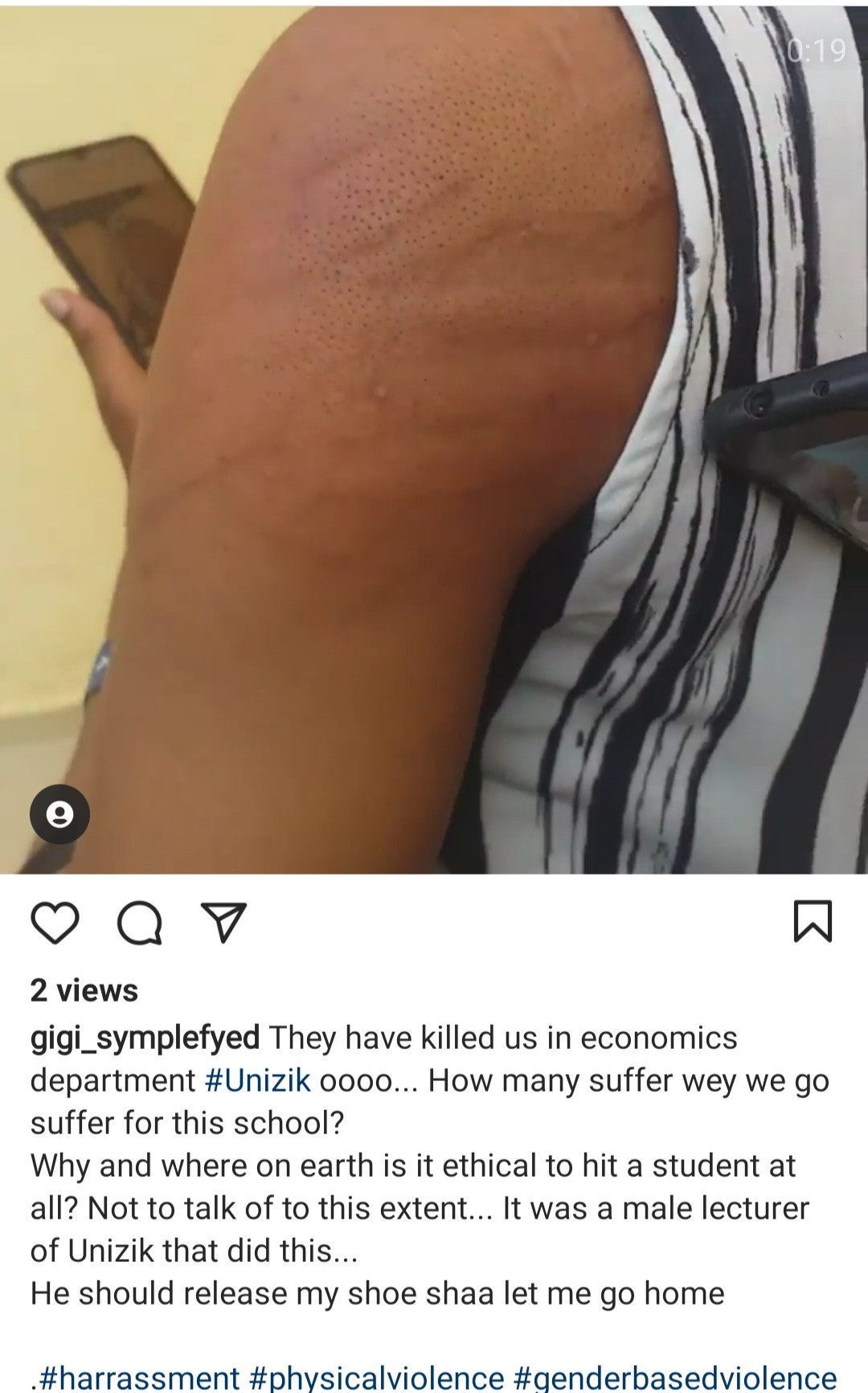 Unizik student bleeds after lecturer allegedly beat her for not wearing ankara (video)1080×1733
Home | About | User Guide | Privacy Policy | Contact Us
Copyright © 2017-2021, NetDivo.
Disclaimer : Every member of NetDivo forum is solely responsible for anything that he/she posts or uploads on this forum.