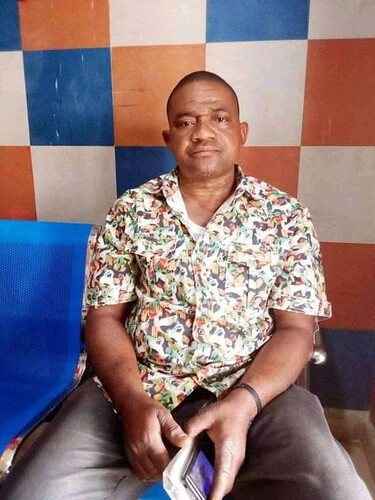 It was gathered that the attackers stormed the market area of the community known as Tyogbenda Anyiin at about 8pm on Friday, June 4, when traders were rounding up with the day’s business, and started shooting sporadically.

A source who spoke to Vanguard, said the attackers abducted a prominent Igbo businessman in the area identified as Emmanuel Chukwukwe Okonkwo from Enugu state and bundled him into the forest. 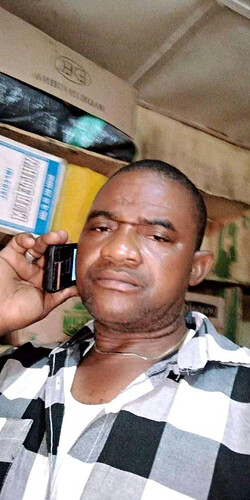 “They came from the forest leading to river at about 8pm, shooting sporadically and people started running, the woman who was carrying a child ran into one of the stalls but one of the bullets got her while she was peeping at the people. Luckily her baby is still alive and safe but the mother died same with another young man who was also shot dead,” the source narrated.

"After killing the two, they kidnapped one Emmanuel Chukwukwe, the son of a prominent late business man in the community, who was one of the earliest settlers in the community. He established a liquor business there, married there and gave birth to his children in that community.

"After taking their captive they retreated to where they came from heading towards the river which leads to Tungwa in Nasarawa state. As we speak the invaders have not established contacts with the family of the victim though they took him with his phones but that area they took him to does not have cellphone network coverage.

"But we are hopeful that they will reach the family so as to release the young man soon because that family is like one of us and we are worried and pained about the incident. And the matter has already been reported to the Police at Ugba the Local Government Area Headquarters who also visited the area.” the source added.

Meanwhile, the brother of the nursing mother, Comr Aggwei confirmed the incident on Saturday, June 5 and also shared photos of the abducted businessman, Okonkwo. 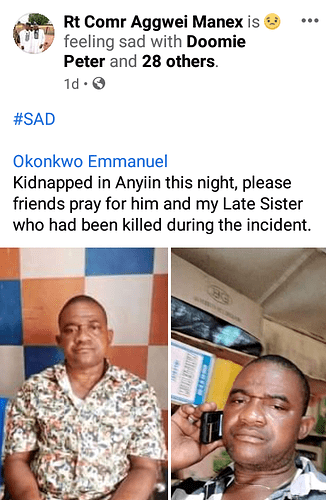