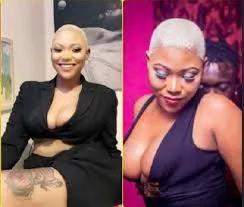 Ghanaian celebrity slay Queen, Queen Farcadi, has stated that laziness made her go into the trade of selling her body.

Queen Farcadi Queen Farcadi who is into the business of sleeping with men for money has revealed what made her go into it. 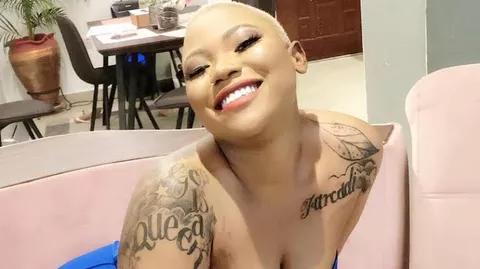 Queen Farcadi during her appearance on the live TV debunked the presenter’s opinion that someone influenced her to be trading s*x, she insisted that she started selling her body because she was too lazy to work. 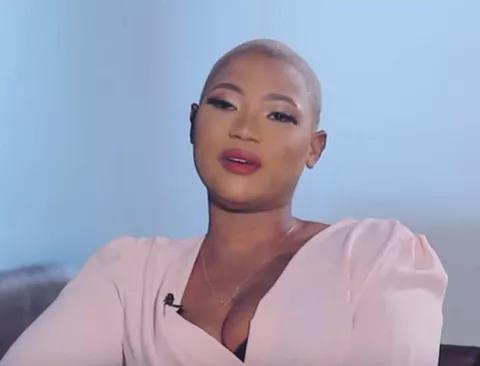 According to the popular Ghanaian escort, laziness and not wanting to work made her pick prostitution as her means of survival.

The 24-year-old in an interview claimed to have been sleeping with several men from different countries.

“It’s my decision, it’s like you are lazy and don’t want to work so you have to use your body to get what you want … I am a lazy girl,” she said.

Farcadi added that she has never tried working before but she realized that she isn’t cut for that for she is very lazy.

She further added that upon realizing that ”men only use women,” she decided to make money out of them too.

She said from experience, she has realized that men only use women so she has decided to make money out of them too.

Recall that she had recently revealed that she has slept with over 100 men and she has had to use juju in her “ashawo” business.

She clarified that she does not use this black magic for evil machinations or to enhance her trade but just to protect herself from the harm that surrounds her.

A suspected fraudster identified as Mark Obisesan has been arrested by the Economic and Financial Crimes Commission for being in possession of suspected fake traveller’s cheque worth $10,100.

A Ferrari 488 car, two i-phones, one Samsung phone, a laptop and ATM cards were recovered from the suspect who served a 12-month jail term for Internet fraud in the United Kingdom.

Obisesan who was accused of not having any known source of livelihood by the anti-graft agency, was arrested at his residence in Banana Island, Lagos.

The suspect has however been granted provisional bail. See his bail conditions below;

She said; “It’s my decision, it’s like you are lazy and don’t want to work so you have to use your body to get what you want … I am a lazy girl” Farcadi also revealed that she tried working in the past but realized she wasn’t made for such.