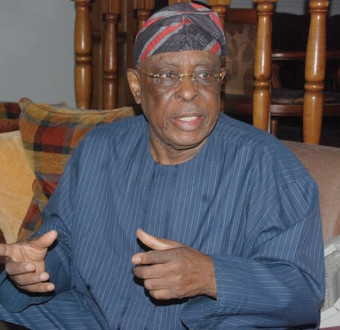 All Progressives Congress Chieftain and former Governor of Ogun state, Chief Olusegun Osoba has said that no person from the South-East has consulted him about running for the presidency.

Recounting how he went round the South-East and how he also consulted some Igbo leaders when MKO Abiola ran for the presidency in 1992 in the interview on Arise TV, Osoba stated that no Easterner has told him that he or she is interested in the presidency and he only reads it in newspaper.

“As far as I am concerned nobody, and I say it categorically, has told me that the Igbo or the easterner wants to run for the presidency, all I read are on the pages of the newspaper”

On former Governor of Lagos state, Bola Tinubu contesting in the 2023 presidential election, the APC Chieftain averred that it is within his rights.

He also called on South-West to unite and have a consensus candidate that they will be fielding in the election.