Nigerian Officer Honoured By The US Navy For Accountability

The United States Navy awarded a Nigerian officer, Lieutenant Victor Agunbiade, with its medal of commendation for his meritorious service.

The US Navy revealed that its largest cash disbursing office was effectively Mana by Agunbiade, with him handling $45 million (N17 billion) in cash transaction.

This, it said, accounted for around 70 per cent of its overseas disbursing volume.

The award citation revealed that Agunbiade’s honour was earned as he served as a cash Disbursing Officer at the navy’s Camp Lemonnier in Djibouti between October 2019 and July.

“By his unswerving determination, wise judgment and complete dedication to duty, Agunbiade reflected great credit upon himself and upheld the highest traditions of the United States naval service.”

Reports from Newsmen reveal that Agunbiade has gotten special recognition in the US Navy before.

Agunbiade enlisted in the US Navy as a storekeeper in 2008. He was later commissioned as a supply corps officer in 2013.

Officials were quoted by the local media, saying he plays an important role in America’s focus on rebuilding military readiness.

He is also praised for strengthening alliances and reforming business practices in support of the National Defense Strategy. 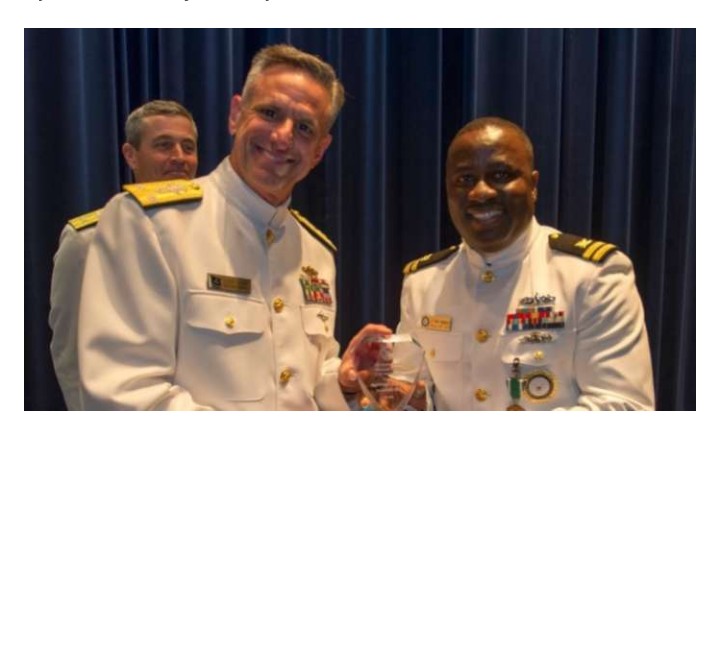