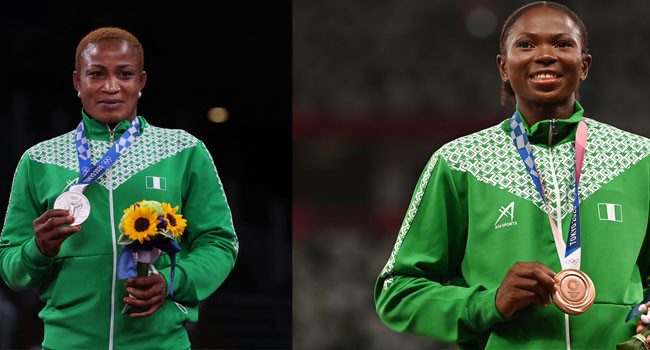 Team Nigeria can only boast of only two medals following its participation in Tokyo Olympics.

Nigeria’s only medals were from Blessing Oborududu and Ese Brume. 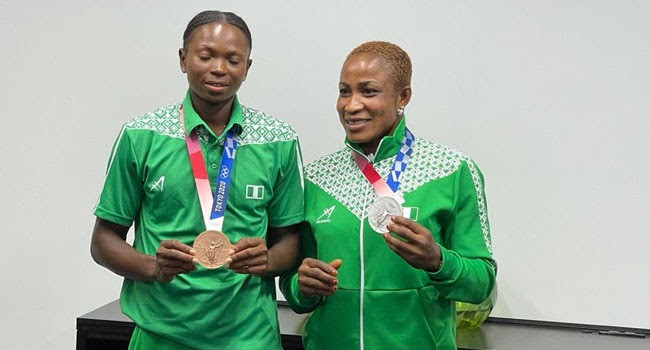 Ese Brume, 25, won Nigeria’s first medal in the tournament after finishing third in the Women’s long jump event to claim the bronze medal for Team Nigeria.

Okorodudu, 32, won Nigeria’s second medal after finishing second in the 68kg women’s freestyle wrestling to claim the silver medal. She made history by becoming the first Nigerian wrestler to win an Olympic medal. 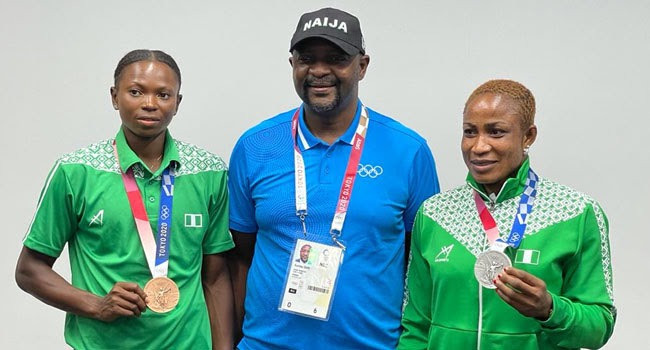 On Tuesday, the Federal Government of Nigeria rewarded Oborududu and Brume with the sum of $10,000 and $7500 respectively for their outstanding performance at the Olympic Games in Tokyo.