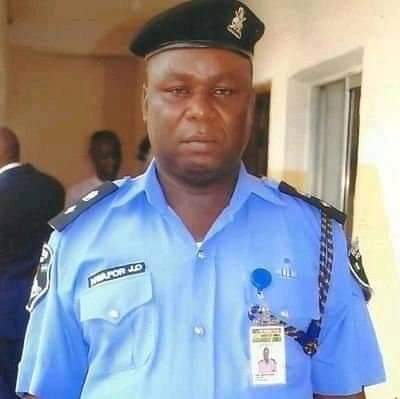 Nigerians have been calling for the sack of Nwafor for violating people’s rights during his reign as the Commander of SARS in Anambra.

The protesters accused Nwafor of killing many youths in the state during his tenure in SARS.

Consequently, Obiano announced his sack and ordered his immediate prosecution.

However, following his sack, Nwafor has gone into hiding.

IDOMA VOICE gathered that some youths went to his family residence in Awka but it was under lock and key and not even a single fly was seen in the compound.

A source hinted our reporter that Nwafor drove out very early on Wednesday with his family when it became evident that they were coming for him.

“He’s nowhere to be found. We heard he left Awka on Wednesday when one of the daughters drew his attention to his pictures trending on social media.