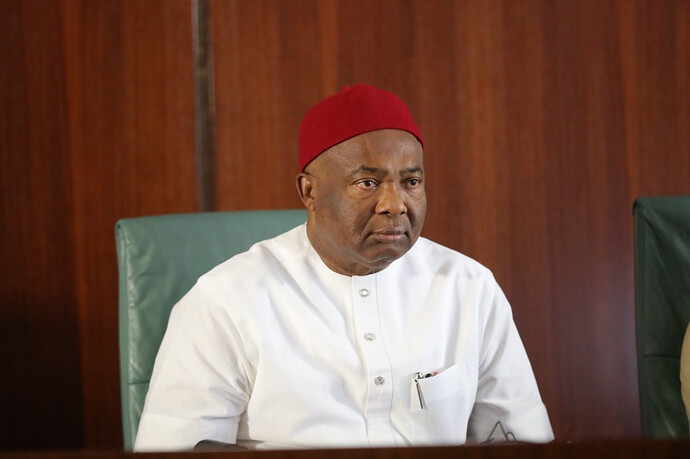 Imo state governor, Hope Uzodinma, says he is in full support of the Federal government’s plan to regulate social media. According to him, social media has been used to cause trouble in Nigeria.

Uzodinma said this when he received the inspector-general of police, Adamu Mohammed, in Owerri, the state capital today November 5.

“I am strongly advocating that social media should be regulated in Nigeria. Opposition party incited hoodlums to cause trouble in Imo, because the real protesters went off the street after my address and assurances to them.” Governor Uzodinma said

Also commenting, the police boss who is in the state to assess the level of destruction of police facilities during the wake of the #EndSARS protests, said social media was the greatest weapon used to escalate the protest across Nigeria. Adamu said police officers in the state were professional during the civil unrest.

“I can tell you that our men acted professionally during the protest, they had their guns, they were being killed, yet they respected human dignity. I came specifically to visit the vandalized property and to see the level of damage done to police facilities in Imo.’’ Adamu said

Many Nigerians have kicked against the planned regulation of social media, describing it as a breach of their rights to expression. A bill on the regulation is before the national assembly and has scaled second reading at the senate.