Former Nigeria international Finidi George has made the list of LaLiga’s African All-time Eleven, as reported by Completesports.

The Africa LaLiga All-time best list is a five minute video of the selected past and present players, compiled by SuperSports and published on their verified Twitter handle.

Finidi made the list because his performance for Real Betis whom he joined from Dutch giants Ajax in 1996, was quite impressive.

Finidi netted in double digits in nearly every season during his time with Betis, with the Andalusian club finishing fourth in his first year.

The club also reached the final of the Copa del Rey in Finidi’s debut season where they lost 3-2 after extra-time to Barcelona, where he scored. 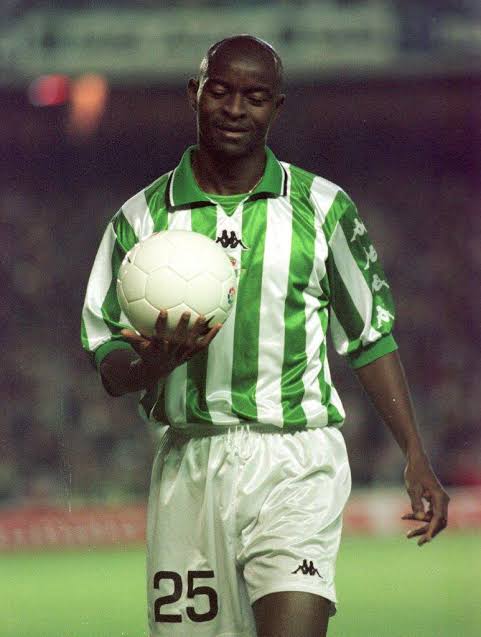