EndSARS Is Politically Motivated, It Is About 2023 - Governor Yahaya Bello Says 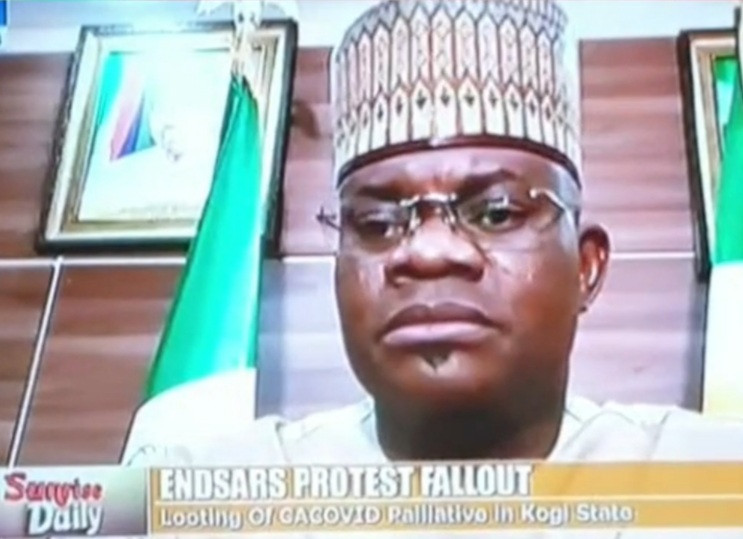 Kogi state governor, Yahaya Bello, says the End SARS protest is politically motivated and all about 2023.

Yahaya Bello said this in an interview with Channels TV on Tuesday morning October 27.

''What is happening today, the so-called ENDSARS, is politically motivated. Whether anybody says it or not, I am saying it again and quote me anyday.

Why would you demand for five items and you are granted and have refused to take it. Which struggle or agitation or uprising across the world has ever succeeded without leadership.’’ he said

When asked if he doesn’t agree with the agitations of the protesters, Governor Bello said

‘‘100% I agree but if you look at what is happening today, then you would have no other option than to classify it as politically motivated. This is a ploy to set we the youths of this nation against each other’’

When asked to identify the politicians that have taken over the protest, Governor Bello said

‘’ You asked for End SARS. Remember, not everybody believes in ending the SARS. Even if you say SARS are wrong in doing one thing or the other, the best way to have agitated was to simply ask for the reform or the total security overhaul.

In the military, in the air force, in the Navy, even civil defence, there are bad eggs. Do we end those security outfits? Even in the media today, as good as the social media is, it has its own disadvantages that has set even countries and nations on collission course. Do you end the media?

We continue to ask for reformation. Now, SARS has been ended. Police morale has been dampened and they have gone off the streets. Hoodlums have taken over. Who do we report to? I think we should have articulated our points and go about it in a more credible way and not to be used by politicians.