Buhari's Aide, Lauretta Onochie Is Not Qualified To Be An INEC Commissioner - Femi Falana 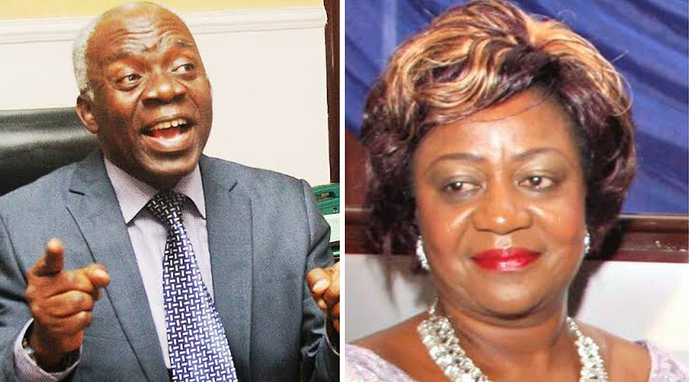 Human Rights Lawyer, Femi Falana has condemned the nomination of Lauretta Onochie, an aide to President Muhammadu Buhari as a member of the Independent National Electoral Commission (INEC).

The Senior Advocate of Nigeria described Onochie as an “unrepentant member” of the ruling party and one who has “consistently attacked members of other political parties.

Falana also pointed out that one of the criteria provided in the Constitution to determine who is fit for the position is that nominated persons must not be partisan.

The statement reads in full;

In view of the desire of President Muhammadu Buhari to fill some vacancies in the Independent National Electoral Commission it has become pertinent to draw the attention of the Council of State and the Senate to the following provisions of the Constitution:

From the foregoing, it is crystal clear that a card-carrying member of a registered political party or a well known supporter of a particular political party is constitutionally disqualified from the membership of the Independent National Electoral Commission. As an unrepentant member of the ruling party Mrs Loretta Onochie has consistently attacked members of other political parties. To that extent, she is partisan and therefore not qualified to be a member of the Independent National Electoral Commission.