A Flood Displaces About 300 Persons In Akwa Ibom

A Heavy rain that resulted in a flood has brought on the destruction of about 100 houses and displaced 300 persons in Eket Local Government Area of Akwa Ibom State. The News Agency of Nigeria (NAN) reports that the rain started at about 3a.m in the early hours of yesterday, ended around 12p.m in the afternoon in Eket and its environs.

The flood which was a result of the rain and a bad drainage system, displaced some residents of Eket in Edem Udo, Grace Bill, Marina Junction, Udoh Umoh, Stadium road, Ikot Udoma, Idua road among other adjoining streets in the area.

Mr Ubong Mark, a resident of Edem Udom in Eket, narrated his experience from the incident, saying that he has been suffering from effects of flooding in the area for the past eight years.

“Today’s flood is indeed a serious calamity that has befallen me. I was at home preparing for church when water began to enter into my house as a result of accumulated pressure of the downpour. “I have lost most of my belongings especially books, electronics, beddings, laptop and other personal belongings,” he said.

Mr Paul Essien, a Grace Bill resident where most banks in Eket were located, also cried out for help as the flood took over houses in the area. Essien revealed that some residents of the affected area took refuge in areas where the flood did not penetrate. He appealed to the state government to construct better drainages to save residents from the perennial annual flood.

“The situation is pathetic, most people have relocated to their neighbour’s houses because the water has taken over their houses, shops and farmlands,” he said.

Another affected resident, Mr Nsikak Etebia, at Ikot Udoma/James town, also made an appeal to the state government to build roads with drainage system. (NAN) 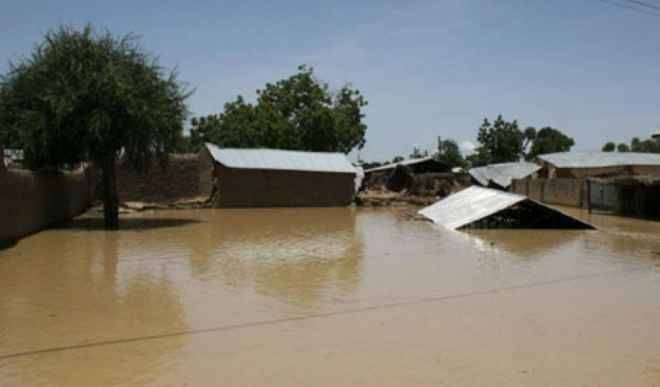