100 Units Of Handwashing Stations Donated By Lagos To Tactical Locations

On Wednesday, the Lagos State Government revealed that it has adopted internationally-accepted safety protocols for the reduction of the spread of the Coronavirus across the State, just as it launched the deployment of 100 units Hand Washing Stations produced by the State Government, in collaboration with Procter and Gamble (P&G) Nigeria, for deployment to strategic locations in the 20 Local Governments and Local Council Development Areas.

The Deputy Governor, Dr. Obafemi Hamzat, revealed this at the commissioning and deployment of the Hand Washing Stations, saying that the initiative would complement a number of other efforts being made by the State government to contain the COVID-19 pandemic.

He pointed out some of the initiatives already adopted since the identification of the index case of the disease in Lagos last February, including the establishment of various Isolation Centres, the initial State-wide lockdown, as well as other ongoing enlightenment campaigns on how Lagosians can protect themselves from being infected.

Dr. Hamzat complimented members of the Organised Private Sector for associating with the State government in its efforts to curb the spread of COVID-19, saying that many private organisations have provided one facility or the other to assist the State Government.

The Deputy Governor, however, charged Lagosians to stay safe and take responsibility for their safety against the virus by observing all protocols and directives stipulated by the government and health officials.

The Special Adviser to the State Governor on Civic Engagement, Princess Aderemi Adebowale had previously explained that the handwashing stations are in three variants, noting that Type A, has a mounted water tank and is meant to service areas where there are no reticulated water sources; Type B will be installed where there is a reticulated water source that can be connected directly at public places such as markets, bus stations, hospitals and many other identifiable public places so that members of the public can have access to water and dispensable soap to wash their hands; while Type C was designed in view of the fact that schools would be partially opened anytime soon.

Adebowale in the process of revealing that the Office has also designed and produced a prototype Hand Washing System for primary schools in the State to serve both junior and senior school pupils, maintained that this approach will help build the culture of good hygienic practices amongst the citizenry, as regular handwashing with soap and water has been identified to be very helpful in reducing the spread of the virus amongst the people.

The Senior Director, African-Global Government Relations, Procter & Gamble, Dr. (Mrs.) Temitope Iluyemi said in her remarks that her organisation would continue to support the Lagos State Government in the fight against the pandemic as 8000 packages of soap are being made for the scheme in addition to the Hand Washing Stations.

She, therefore, enjoined Lagosians to make judicious use of the stations at the different locations across the State. 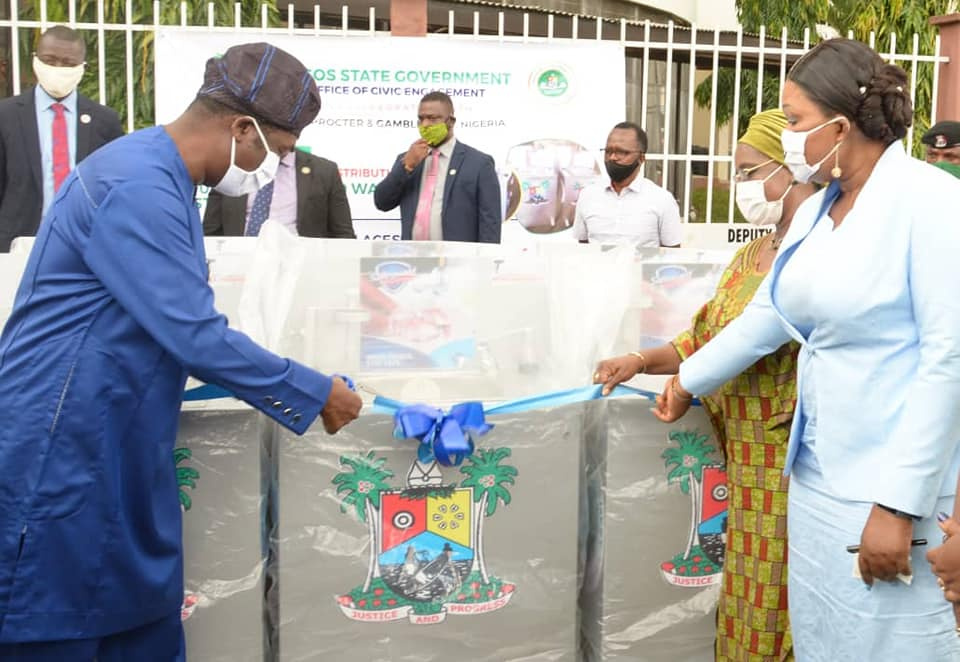 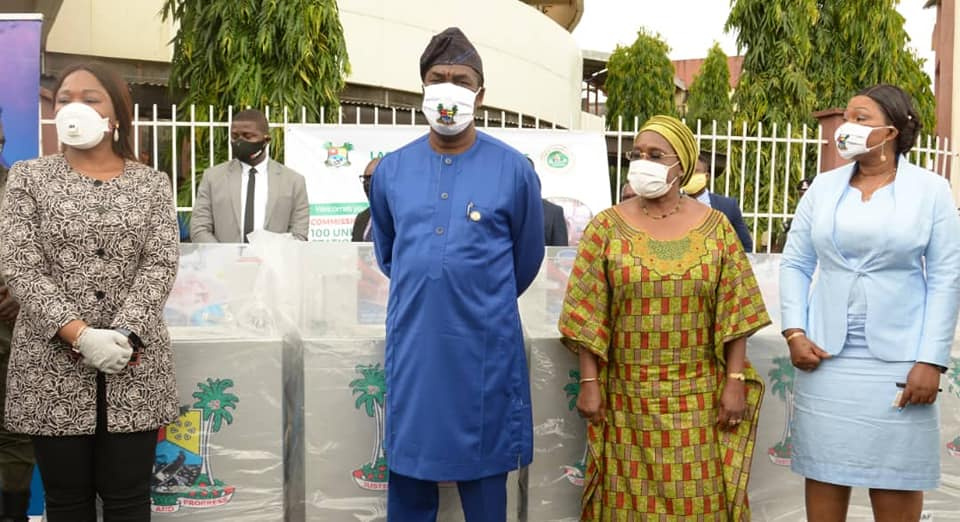