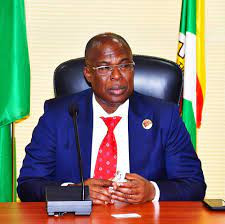 Minister of State for Petroleum Resources, Mr Timipre Sylva has insisted that the Buhari-led administration didn’t inherit a healthy economy.

Defending how President Muhammadu Buhari has handled the nation’s economy in an interview on Channels Television, the Minister described the economy they inherited as a 'broken China".

“Somebody broke the China and arranged it very well on the table as if it was not broken.

“So, you came into the room, and you thought there was a China on the table and you tried to pick it up, and it just fell into pieces in your hands; who broke it, is it you or was it already broken?

“That was the kind of economy we inherited; we inherited an economy that was already broken. We tried to pick up the economy and it scattered in our hands.”