Vice president Yemi Osinbajo in a statement on Friday night, apologized for the delay in the implementation of the demands of#EndSARS protesters 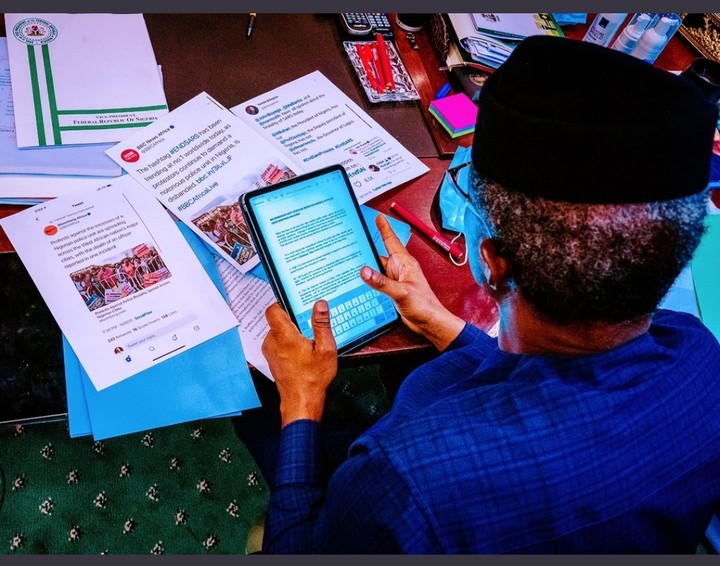 The protest against police brutality and the notorious Special Anti-Robbery Squad (SARS) of the Nigeria Police Force has gained global traction after a rigorous campaign on social media.

Peaceful demonstration is also going on in major cities in the country.

While the disbandment of the police unit has been achieved, some other demands of the protesters have not been fully met.

These include the prosecution of killer cops, the release of all protesters in detention and the total overhaul of the police.

In his statement, the vice president admitted that the process of implementation could have moved faster than the way it is.

“I fully understand how many young people feel. Many feel that we have been too silent and have simply not done enough.These feelings of frustration are justified. There are far too many people who have been brutalised at the hands of the police and this is unacceptable. We must take responsibility for protecting young people, even sometimes from those who are paid to protect them.”

He said several meetings have been held between President Muhammadu Buhari, top officials of the National Assembly, police authorities and the human rights commission in order to salvage the situation.

“Over the past week, we have been following the protests, and I have had a number of discussions with key people in the administration that you deserve to be informed about. Transparency, after all, is a key tenet of government.”