Ultimate Love Reality Tv Show, the new reality show from MultiChoice Nigeria went live on Sunday, February 9, 2020 showing on DstV Channel 198 and GOTV channel 29. It is Nigeria’s first-of-its-kind reality show where couples will compete to emerge as the Ultimate Couple.

While this brings to mind the popular TV show, BBNaija, it is totally different because the main goal of this show is to nurture love that will lead to marriage.

16 strangers (8 men, 8 women) will get to live in the same house for 2 months (i.e 8 weeks), in a secluded location known as the “Love Pad”, with the aim of finding love and actually getting married. There will be two winners, a male and a female which will make up a couple.

The contestants will have to compete and carry out different tasks and win the votes of the public. The winning couple will not only have won each other’s hearts and the hearts of viewers but will also win an all-expense-paid traditional wedding ceremony and a fully furnished house – if they commit to getting married. If not, they still get to win a cash prize and other amazing prizes.

One of the unique features of the show is the presence of “Aunty” who is very much like Big Brother. Just like Big Brother, Aunty will also be a prominent feature on the show but unlike the former who is recognized by his voice only, Aunty will be physically present in the ‘Love Pad’. Her job will be to help the singles find their perfect partner and provide them with counsel where necessary. Media personality,the Editor-in-Chief of Today’s Woman magazine, Adesua Onyenokwe will be the “Aunty” while Nollywood actress Dakore and Oluwaseun will be the hosts for the show. 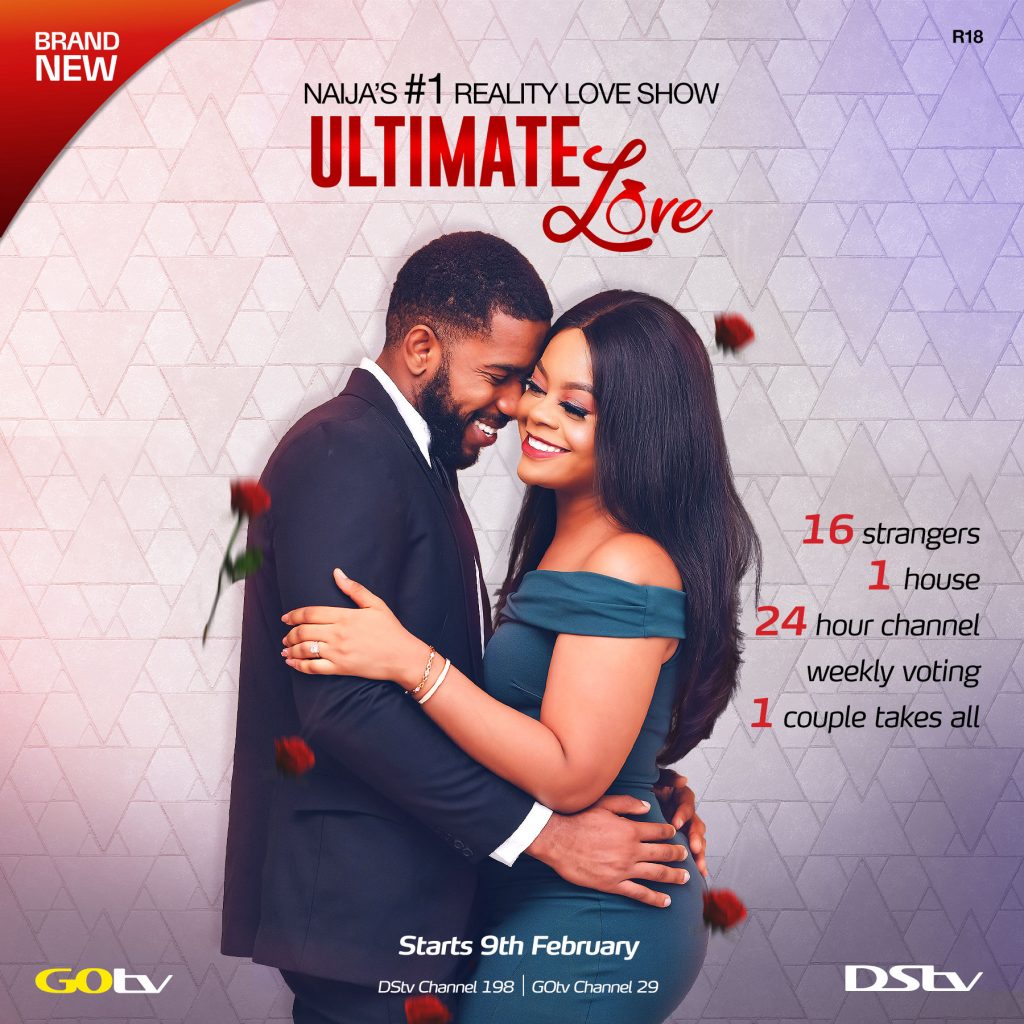 You can get updates via https://twitter.com/ultimatelove_ng