UEFA Champions League Table And List of The Last 16 Teams

As the 2018/2019 UEFA Champions League group stage reaches its conclusion, the group winners and runners-up are settled, giving fans a clue as to what sort of match-ups to expect in the next round.

Here is the UEFA champions league table after the conclusion of the group stages :

And below is the 16 teams remaining in the Champions League 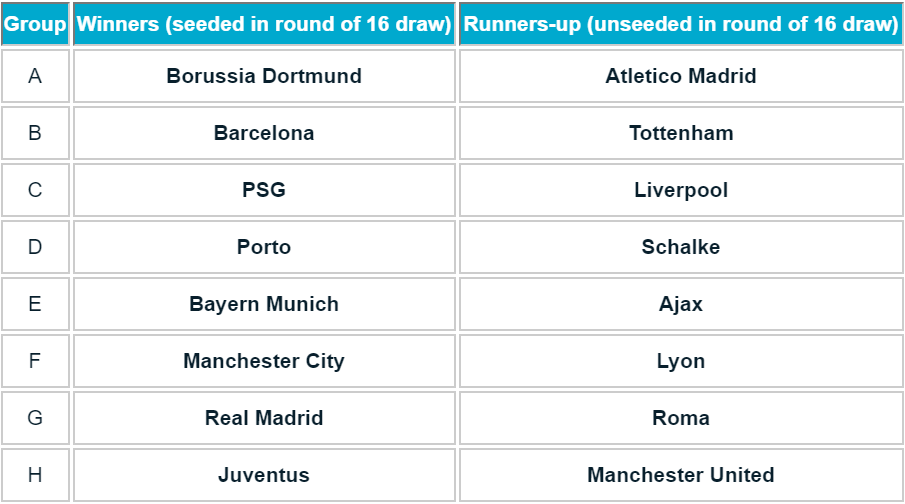