Reports from IgbereTV are that the owner of facebook group, Rant Hq is currently under fire after she made a post in the group saying the igbos are senseless.

The group has over 1.5 million followers and is currently trending on facebook as a lot of the Igbo members have reported and exited the group.

Suzan is also an ambassador to NCDC and this clash could possibly make her lose her ambassadorial appointment as pressure is being mounted on the NCDC to revoke her appointment.

Suzan Ade Coker was accused by one Mr. Segun Ogunyeye of using the Rant Hq group fraud for fraudulent activities a while back.

Though Facebook removed the offensive contents found in the group which went against Facebook’s Community Guidelines, many social media users, majorly Igbos are still reporting the group, demanding that she tender an apology. 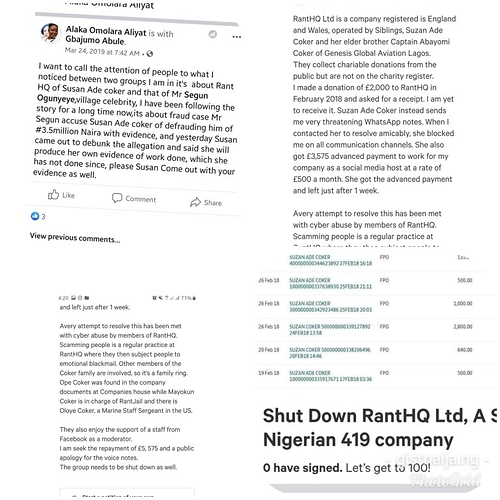 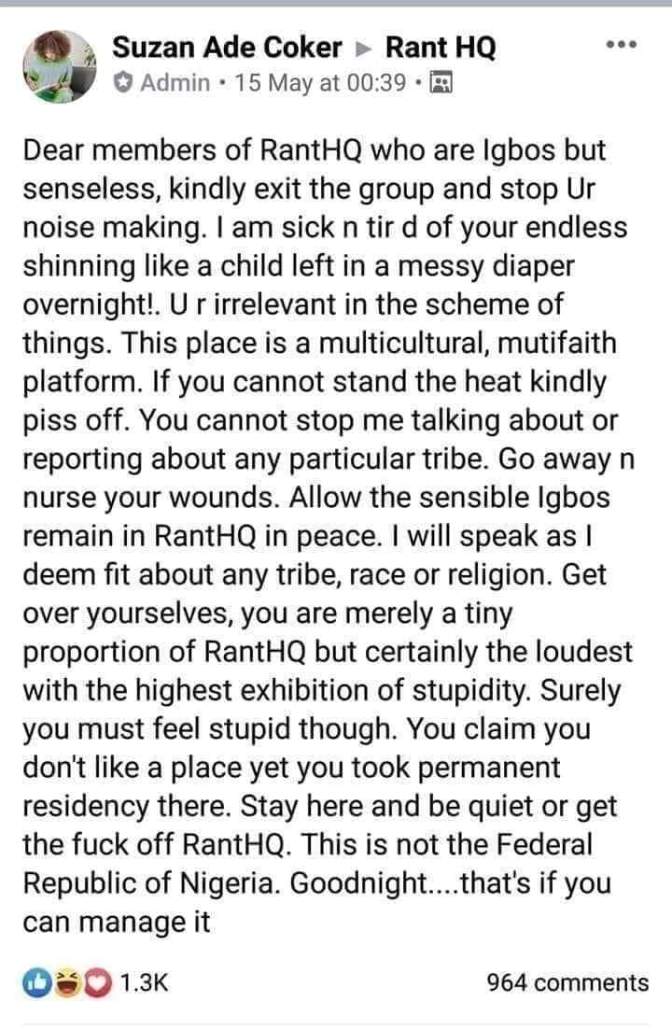