Nigeria are through to the final of the 2018 African Women Championship staging in Ghana, The Super Falcons progressed to the final after beating Cameroon 4-2 on penalties – Both sides played goalless draw in both regulation period and the extra time Nigeria are through to their ninth African Women’s Cup of Nations final after beating Cameroon 4-2 on penalties. 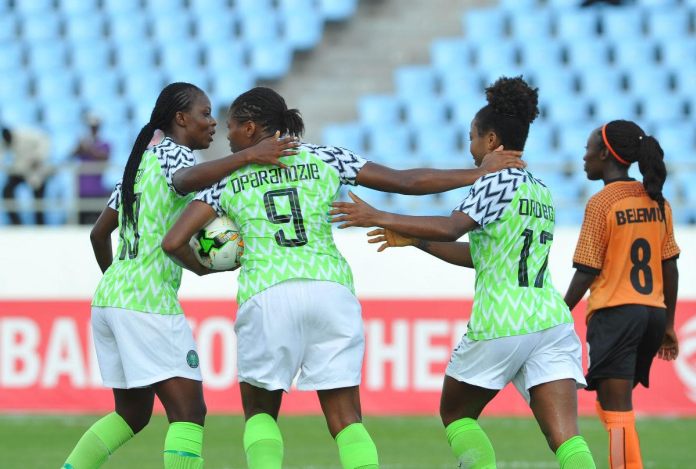 Both sides played goalless draw in the normal regulation period which extended into extra minutes at the Accra Sports Stadium on Tuesday, November 27th. Yet they were unable to find the back of the net until the match was decided by penalties which saw Nigeria progressed ahead of their Cameroonian counterparts.

It will be recalled that Nigeria defeated Cameroon 1-0 in the final of the last edition in Yaounde to clinch their eighth title on the continent. Coach Thomas Dennerby’s ladies were forced to play their first-ever extra time in the competition since they started competing in 1998.

They will battle the winner of Mali and South Africa in the final of the championship as they hope to win their ninth title. Nigeria will hope they can successfully defend the title they won two years in Cameroon as they already secured passage to 2019 World Cup. The defending champions reached the semi-final stage after coming second in their group with six points after three games. 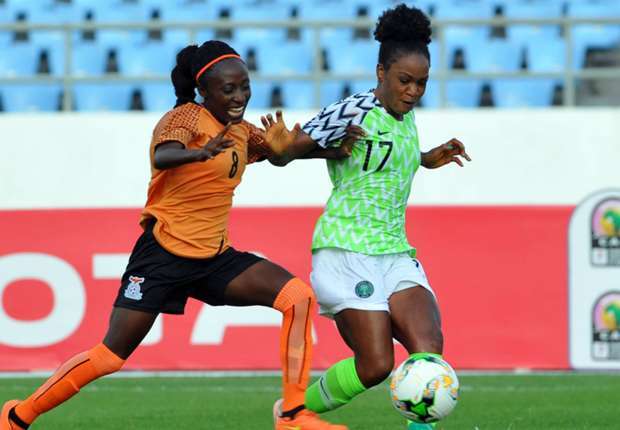 Nigeria beat Equatorial Guinea 6-0 at the Cape Coast Stadium to finish second on the table and reach the last four stage of the tourney. A goal each from Desire Oparanozie, Francisca Ordega and Rita Chikwelu saw the team finished strong in the group, having started their title defense with a 1-0 defeat to South Africa.

This Super Falcon are going places

But biko, men should fasten their belt ooh