Strike: ASUU Reveals Why They Have Shifted Ground 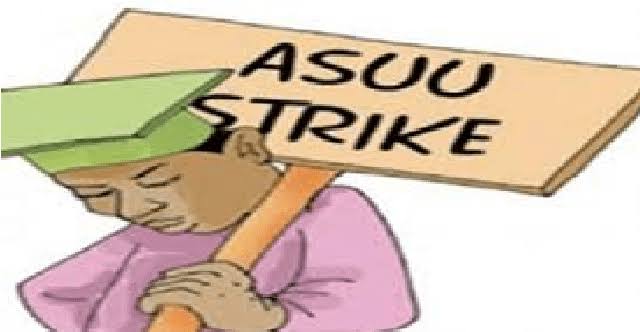 The Academic Staff Union of Universities, ASUU, said it has shifted ground from its initial demands in the interests of Nigerian students who have spent over 7 months at home.

ASUU said it has dumped its initial insistence that the government should release one tranche of N220 billion revitalization fund and is now demanding for 50% of one tranche (N110 billion).

The union said that its latest demand is just for the government to show its commitment to revitalization of the public universities in the country.

This was part of a statement signed by the Lagos Zonal Coordinator of ASUU Prof. Olusoji Sowande and made available to newsmen on Wednesday.

The lecturers accused the government of deliberately attempting to allow the public universities collapse by failing to release the revitalization fund over the years.

“In the interest of our students who have been at home for seven months, our union has shifted ground from the in insistence of a release of one tranche of N220 billion revitalization fund to demand for 50% of one tranche (N110 billion) for government to show its commitment to revitalization of our universities.

“This is a major reason the government has not been able to return to negotiation with our union in the last two weeks,” the statement read in part.

ASUU appealed to parents and students to understand that its current struggle is patriotic and that their sacrifice for the survival of Nigerian public universities is unparalleled.

The union pointed out that its members have not been paid their salaries for 5 to 7 months now and have had to work under a very harsh environment.