SimpliSafe started about a decade ago, when students at Harvard Business School realized that for their friends whose apartments had been broken into in Cambridge, there was no good home security system or solution for the renter. They decided to get the tech right but in a way that was easy to stick into place (and later remove) and without long-term contracts (nearly unheard of). 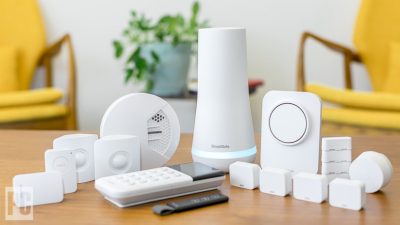 Today, the company has built what it wanted to, letting residents affordably monitor their homes remotely and have the freedom to shut off monitoring (but hold onto the equipment) on a month-to-month basis. Interestingly, this flexibility has made SimpliSafe popular among homeowners, too. SimpliSafe makes all the equipment they sell which includes base stations and entry sensors, motion detectors, high-decibel alarms, glass break sensors, smoke detectors, panic buttons, and an indoor surveillance camera. Unlike many other DIY alarm systems, those by SimpliSafe will guard your home even when your power is down for days, thanks to backup batteries. 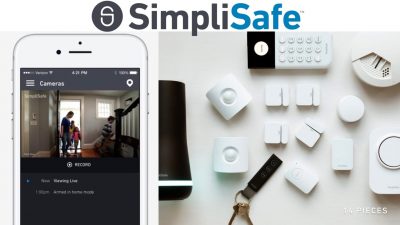 SimpliSafe collaborated with design gurus IDEO to reinvent smart home security hardware – with elegant results. The SimpliSafe base station is the star of the show, resembling the fruits of a one-night stand between Amazon Echo and Google Home. Armed with a high-quality speaker, 95dB siren, and no-charge cellular and Wi-Fi connectivity, the powerful hub blends beautifully into the background. But when called in to action, you and your intruders will know it’s there. An on-board battery backup provides continued protection in the case of a power outage.

The interesting features include:

The system costs around $200 and has monthly plans from as low as $14.99 and above. I believe these features give this home security system a unique feel, all for your protection.