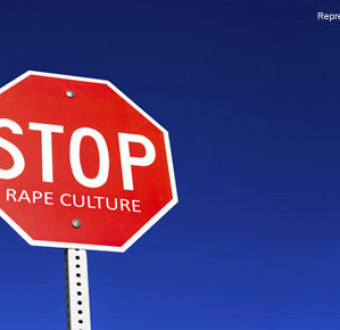 A 24-year-old shop owner, Samuel Mathew has been arrested after being accused of defiling a 12-year-old minor, Sadiya Hassan.

Maina said Mathew was brought to the Command by some residents of Doma Road, where he allegedly raped the minor who sells Madidi, a local meal made with millet.

Upon being interrogated, he reportedly denied the allegation. Maina revealed that after he observed that she the (minor) was bleeding much in the office, he quickly took her to the nearest primary health care centre where she was examined and the rape confirmed.

‘They had to stitch her and later they demanded that the suspect should be brought for examination to know if he is HIV free or not. The test was conducted and he was HIV free. I have called the state coordinator of Human Rights and the Commissioner of Women Affairs and Social Development to know the next line of action.’

Maina assured members of the public that the victim would get justice, saying the Command would collaborate with the main security outfit in charge of such cases and would also ensure that the matter is not swept under the carpet.

Uncle of the alleged rape victim, Abbas Ibrahim also alleged that Samuel who raped his niece, inflicted injury on her private part, causing her to lose so much blood.

Ibrahim claimed the suspect called his niece and told her he wanted to buy Madidi, a local meal made with millet, adding that the suspect forced her into his shop where he had canal knowledge of her.

The suspect however repeatedly denied the allegation, saying he is being framed.

‘I was in my shop and then I saw the girl selling Madidi. I called her to come and give me Madidi, so I asked her if she had N1,000 change but she said no.

‘I observed that her eyes were red and I didn’t know what happened so I asked her to go. As she was leaving my shop, she started crying. People were sitting outside and when they asked her what the problem was, she said that I closed her mouth and raped her and then people came in and concluded that I raped her but I am innocent of the crime.’