Realme has announced on Weibo that the X50 5G will be unveiled on January 7. The post reveals two color options for the new smartphone and that there will be unveiling the Lite version of the phone along side. 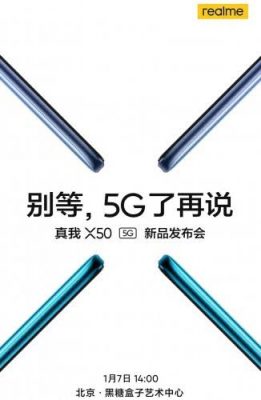 The X50 5G Lite specs haven’t been revealed yet but we should hear about it in days to come. The X50 5G however, is confirmed to have a display with a pill-shaped hole for the dual selfie camera and be powered by the Snapdragon 765G SoC. 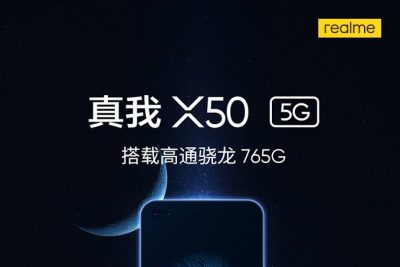 The new Realme smartphone will support both Wi-Fi and 5G connectivity. It will come with enhanced VOOC 4.0 fast charging which can boost up the phone’s battery from 0% to 70% in the space of 30 minutes.