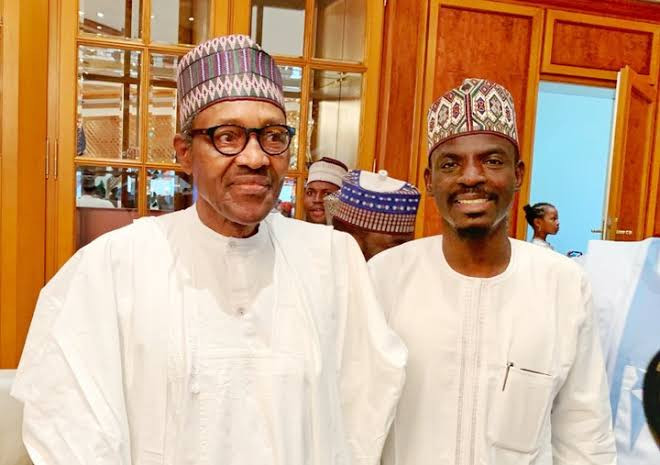 Presidential aide, Bashir Ahmad has reacted to reports that the federal government is planning to begin a monthly payment of N150,000 to repentant Boko Haram members.

Ahmad who described it as “fake news”, told members of the public to disregard the report or ask the poster for to provide a credible source of the story.

“The story is baseless and should be regarded as the usual fake news. When you see it here or on WhatsApp, ask the poster to provide a credible source of the story.” 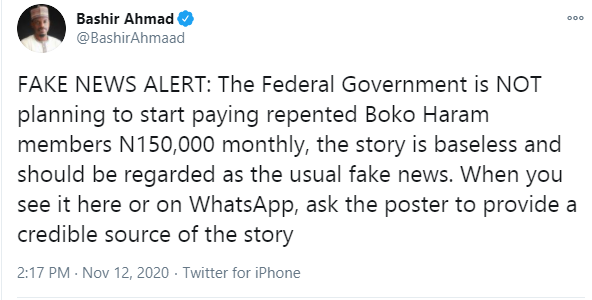