President Muhammadu Buhari has relieved members of his security details of their duties along with other persons in Aso Villa over the role they played in the crisis between his wife, Aisha, and Sabiu ‘Tunde’ Yusuf, his assistant.

Those fired by the President on Wednesday include his Chief Personal Security Officer, Chief Detail to President, ADC to the First Lady, Escort Commander, ADC National Defence Council, and 37 others from the villa.

SaharaReporters exclusively reported on Tuesday that President Buhari, who was deeply angered by the embarrassing crisis in Aso Villa, was preparing to sack members of his security details and some top aides for the roles they all played in dragging the Presidency through the mud.

Information was gathered that President Buhari decided to take the step after Mamman Daura, his nephew and one of his closest confidants, was seen weeping as he made his way to his office.

Daura seems to have informed Buhari that his security aides were after his and Yusuf’s life.

Buhari agreed that all persons involved in the alleged threat to the lives of the two men to be removed.

The crisis began when Yusuf had refused to go on a 14-day isolation period after getting back to Abuja from a trip to Lagos last week.

The Aide De Camp to Mrs Buhari and other security details attached to her were arrested and eventually redeployed after claims that they threatened to kill the President’s Assistant in the process of trying to get him out of the Villa were made.

Sources on the inside reveal that this step taken by the President could further stir the bad blood among different power blocs in Aso Villa, especially with the First Lady vowing to take a pound of flesh for being embarrassed by Yusuf and other members of the ‘cabal’. 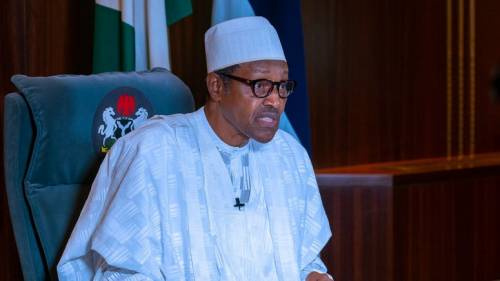