Amid chant of solidarity songs, the residents marched and seized the rally to sensitise members of the public on the need to support the regional security outfit.

They also commended Southwest governors on the initiative and declared that Operation Amotekun would stand the test of time.

Key members of hunters as well as members of Oodua People’s Congress (OPC), among other stakeholders were part of the solidarity rally. Also in the rally were members of the National Association of Nigerian Students(NANS), Vigilante Group of Nigeria, Yoruba Koya, Man ‘O War, Oodua Union, Ekiti Council of Elders, Agbekoya Movement and other members of the society.

Men of the state police command, operatives of the Department of State Services provided heavy cover for the thousands of protesters, who came out to declare their support for the Operation Amotekun.

Below are photos from the Amotekun rally : 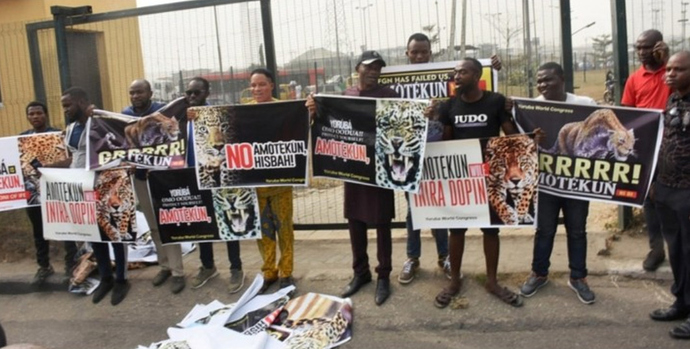 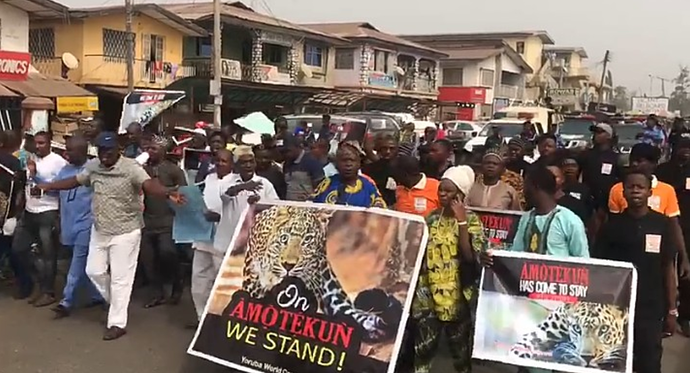 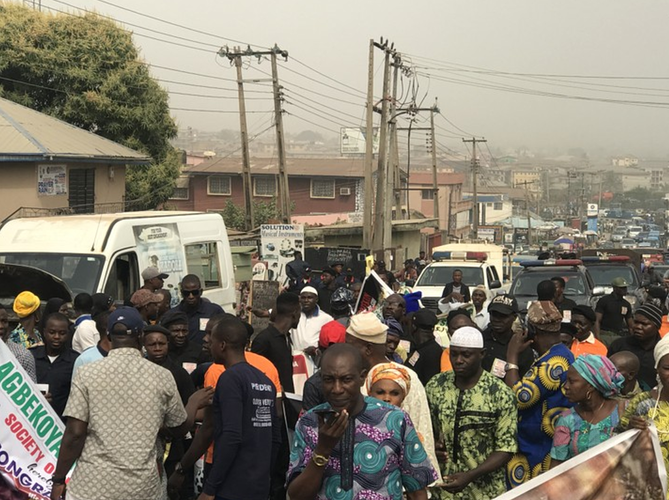 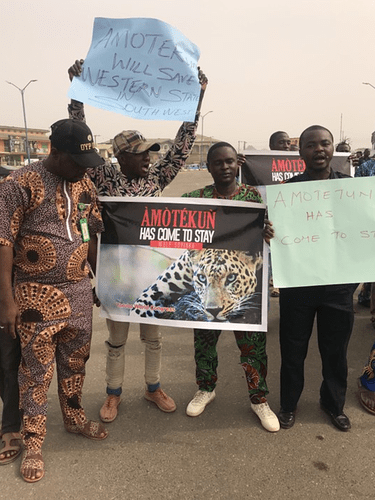