NUT, NMA Kick Against The Reopening Of Schools

The Nigerian Medical Association and the Nigeria Union of Teachers, on Tuesday, spoke up against the Federal Government’s so called “safe reopening of schools”.

These top organisations of medical doctors and teachers in the country revealed to The PUNCH that the directive saying that graduating classes should resume was not only badly thought-out, but also could lead both teachers and pupils to being exposed to the deadly coronavirus.

The NMA President, Prof Innocent Ujah, speaking to a correspondent of The PUNCH in Jos, said that given the current low level of compliance by Nigerians with COVID-19 safety protocols, it was risky to ask pupils to resume .

The NUT General Secretary, Mike Ene, revealed that the government was playing politics with the directive adding that he wondered how teachers, who had not been paid salaries in some states, would get money to buy personal protective equipment.

Ujah and Ene spoke just as the Ondo State Governor, Rotimi Akeredolu, on Tuesday became the most recent prominent Nigerian to test positive for the virus.

The state government ordered commissioners and other aides of Akeredolu to compulsorily go for the coronavirus test after the COVID-19 status of the governor was revealed.

The NMA criticized Monday’s pronouncement by the Federal Government on the reopening of schools as the concerns about the spread of the virus were increasing.

During a briefing in Abuja, the Presidential Task Force on COVID-19, said the government in what it called “safe reopening of schools,” had given approval for the resumption of pupils in graduating classes including primary six, the Junior Secondary School 3 and the Senior Secondary School 3.

Its approval of the resumption of graduating classes, had some conditions including that water must be provided in schools for hand-washing and both pupils and teachers must wear face masks while observing social distancing.

Condemning the FG’s approval, the NMA president asked, “What is the compliance of the citizens in terms of regular hand-washing and other safety protocols? At the moment, many of the schools don’t even have water. Obviously, it becomes very difficult to say that schools should reopen because you have to wash your hands regularly.

“Again, I don’t know how the teachers would be teaching with face masks and all the pupils will wear face masks. If you are not used to face masks, you may not breath well, particularly if the one you have is not standard.”

He also said it would be difficult to observe social distancing in crowded classrooms. Ujah stated, “I believe the government should think about it. If they can stay a little, people have to be alive to go to school and the way things are happening, the compliance level is still very low. I don’t think it is appropriate to open the schools now.”

The NUT general secretary on his own part said that the government was not serious with this directive. He pointed out that teachers could not resume because nobody wanted to die.

He stated, “I don’t know who is going to use his own child as a guinea pig. It is only those who are alive that can speak of keeping hope alive. How can we resume? Does anybody want to die?”

Ene explained that teachers should be provided with necessary materials and incentives if government wanted them to resume.

Teachers are being taken for granted, govt yet to provide PPE, says NUT

The NUT general secretary stated, “The NUT is saying that the government has not assured us properly to go back to school. Has the NCDC (Nigeria Centre for Disease Control) moved around to make sure that the isolation centres are provided in schools? What measures have they told us have been provided for teachers to come back?

“We are being taken for granted. Teachers are parents and human beings too and their children don’t want to lose them out of carelessness. We are ready. We are not afraid to teach. But government has not shown commitment for us to go back to school. All what the government is doing is mere politics.

“When you talk of guidelines, we have passed the stage of talking without actions. I just read a text from a certain school asking my daughter who is going to take final exams to come back. They are demanding sanitisers, face marks and other consumables, thereby throwing back the burden to parents who have already been overstretched with feeding their children since they have been at home.

“But government has reneged on what it should do. In a class of 60, 40 or 70 pupils, you’re talking of physical and social distancing. Can a teacher take a class from 8am to 2pm, 2pm to 5pm and 5pm to 10pm? What is the PPE that government has given to teachers?

“If a teacher is going to face many pupils in a class, and has no PPE, how will the teacher function or they expect him to use his meagre salary? I don’t know if government is aware that as of today so many states and local governments are owing teachers.” 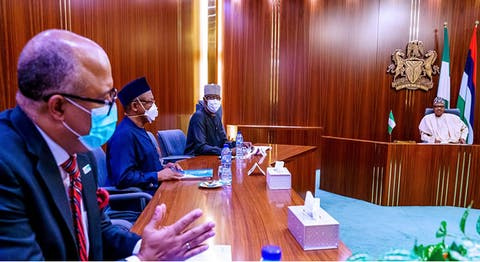