NNPC Officials And Others Accused Of Oil Theft

Samano SA DE CV, an oil and gas trading company has laid accusations against officials of the Nigerian National Petroleum Corporation and other personnel in government saying they were involved in stealing 48 million barrels of Bonny Light Crude oil.

In a July 23, 2020 letter from Lords and Temple, signed by Gboyega Oyewole, SAN, and addressed to the Group Managing Director, NNPC, Mele Kyari, the legal firm said its client was approached in 2015 by a group in China with the intent to sell the stolen crude.

It explained how it was believed that the crude was stolen from Nigeria and was stored in various ports and terminals in China.

“It was revealed to our client that the NNPC authorised certain companies to sell the product in China,” the legal firm said in its letter, which was entitled, “Formal request for the payment of five per cent whistleblower compensation for information furnished in respect of crude oil stolen from the Federal Republic of Nigeria.”

The legal firm revealed that despite assurances to its client that investigations into the matter would be made, and due compensation will be awarded to its client, no payment had been made to its client since then.

“To date, our client has unfortunately not received any form of compensation for the information provided to the Nigerian government in respect of the stolen products and/or a response to its offer to legally purchase same when recovered,” it said.

The NNPC Group General Manager, Group Public Affairs Division, Kennie Obateru, when contacted concerning the matter revealed the oil firm was aware of the accusation but would not respond now.

“We won’t respond to it now, but at the appropriate time we will make our position known to the public,” he said. 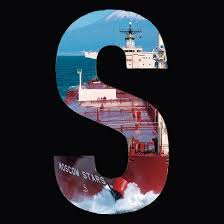