The Vice President, Prof. Yemi Osinbajo, has said that over 1,500 micro, small and medium enterprises (MSMEs) will benefit directly from the the shared facility scheme being facilitated by the federal government. Osinbajo stated this at the 2nd National MSME Awards held at the old Banquet Hall of the State House, Abuja.

The Vice President explained that the project will provide MSMEs with affordable shared access to essential amenities such as power, high quality operating equipment, broadband connectivity as government works aimed at reducing the cost of their operation. The scheme, he added, would be executed in partnership with Central Bank of Nigeria (CBN), Bank of Industry (BoI), Nigerian Export and Import Bank (NEXIM) and other private sector organisations.

He added that various government agencies and institutions such as Development Bank of Nigeria (DBN), BoI, NEXIM, and the new NIRSAL Microfinance Bank, among others are working hard to facilitate access to low-cost financing for MSMEs.

The Vice President said the Buhari administration’s commitment to the success of small businesses is evident in its MSMEs Clinics initiative, which extends business support services to small businesses across the country, of which the MSMEs Shared Facility Scheme was a core component.

He added that the MSMEs’ Shared Facility Scheme being implemented by the Buhari Administration under the National MSMEs Clinics “seeks to provide high-quality operating equipment which small businesses can access at a reasonable cost, within a conducive space.”

It would be recalled that in 2018, a shared facility for the production of Shea Butter and Garments, to assist Micro, Small and Medium Enterprises (MSMEs), was commissioned by the Vice President, Professor Yemi Osinbajo in Ibadan, Oyo State.

In 2019, the VP also commissioned a shared facility in Bauchi state. 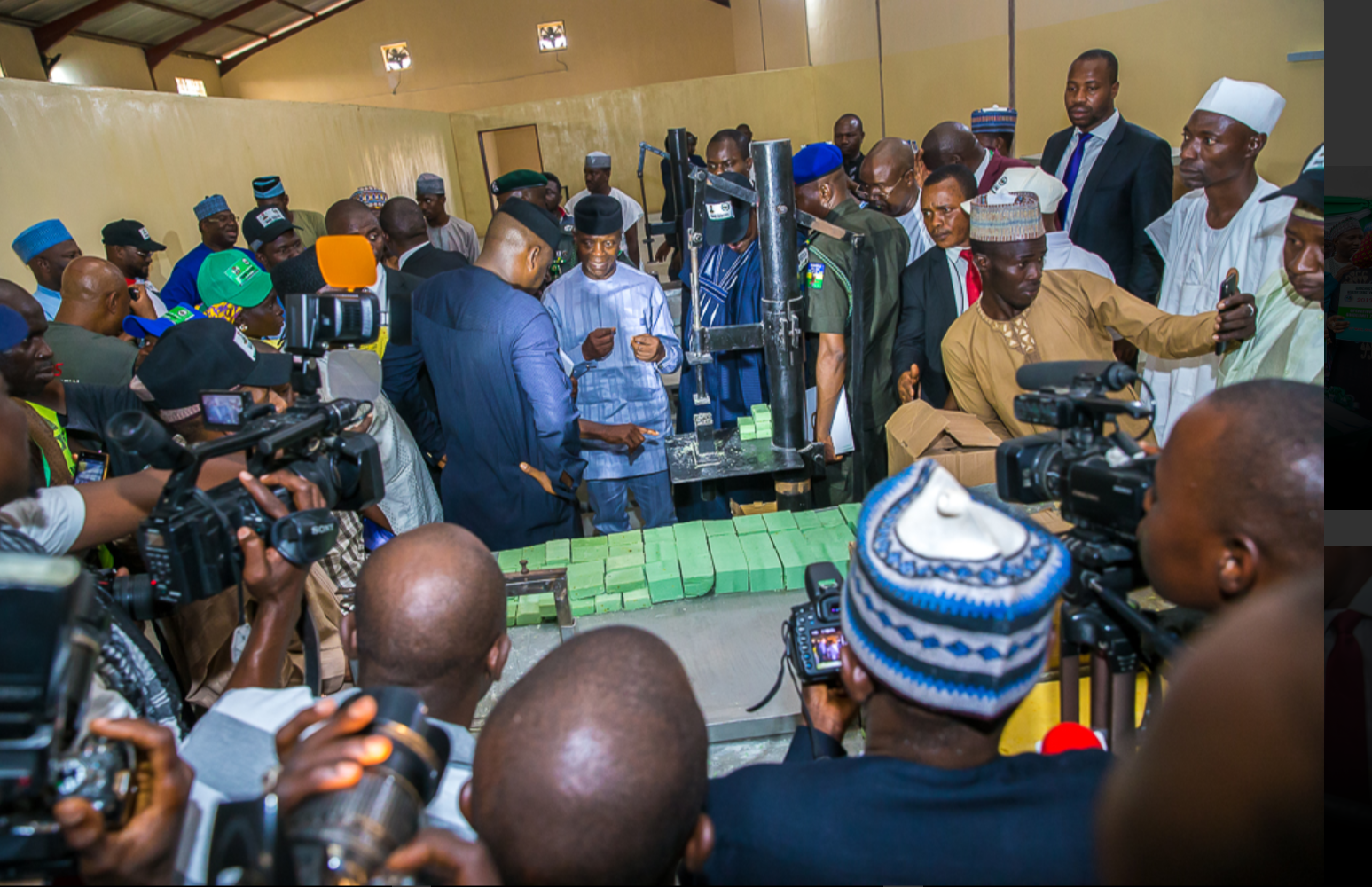 In June 2020, the Vice President virtually inaugurated and handed over the 200,000-capacity Yam Storage Facility at the Zaki Biam International Yam Market in Benue State.

According to the VP, there were also plans to establish similar facilities in other parts of the country, including in Kaduna, Anambra and the FCT.