Mompha Pays A Visit To Adeherself

Recently, Adeherself was in custody but later released after meeting her bail conditions on the charge filed by the Economic and Financial Crimes Commission, EFCC.

Mompha, after her release decided to surprise her with a visit at her home.

Mompha shared a video from his visit on his Insta-story, which was reposted by AdeHerself. The video captured her excitement which was a result of the visit.

“I’m fidgeting…Mompha is in my house, I don’t know what to say guys…” she said in the clip.

See the video below: 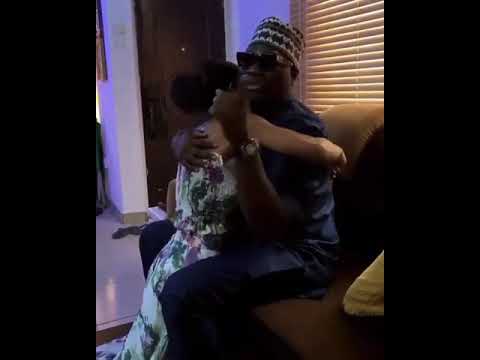