Surface Duo is the first Surface to fit in your pocket. Surface Duo brings together the best of Microsoft productivity experiences, Android apps and Surface hardware design into a single device you can take anywhere. And, yes, it makes phone calls.

No, it’s not one of those trending foldable screens – the Microsoft Surface Duo has two separate panels with a gap between them and the demo clearly shows you can stretch a single app or image across the two screens. 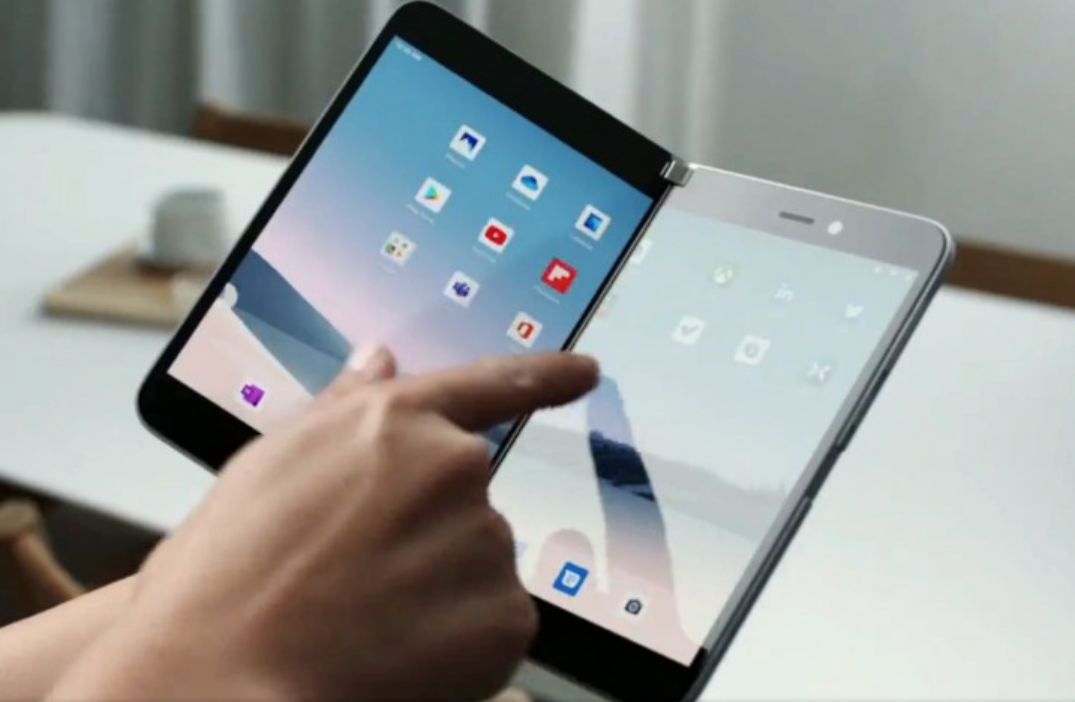 It has two paper-thin 5.6-inch screens that unfold to 8.3 inches and it can be used in a variety of modes to let you work the way you’d like. Multitasking is going to be cool on the Surface Duo thanks to both screens and their ability to run two apps apiece. That gives you four apps at a time. Interesting, huh? 🙂

The company didn’t reveal any specifics about the phone, but it did confirm its hinge will be of the 360 degree variety, so you can fold the screens both on the inside and on the outside. There’s no weird OLED hump like we’ve seen on folding phones.

With Surface Duo, Microsoft is building upon Android to marry cutting edge hardware with familiar software and services.

It’s definitely too early to tell if Microsoft’s dual-screen Surface vision will succeed. But they’re certainly far more interesting than any of the Android folding phones we’ve seen so far. By using two screens rather than a single foldable one, Microsoft will be hoping to avoid the structural issues that have befallen its competitor.

The device isn’t coming until the end of next year. So don’t expect to be buying the Microsoft Surface Duo in Nigeria anytime soon.

Microsoft Surface Price in Nigeria: Who knows?
When: Holiday 2020