Concerned neighbors confronted a man after he went ahead to beat a baby who was just 10-months old. He also beat the child’s mother because the baby won’t stop crying and depriving him of sleep.

Neighbors accosted the man after he battered the woman and threw her into a pool of dirty water. He was asked why and he said the woman insulted him after he beat her child for crying.

The man, named Isaac, is related to the woman’s baby daddy. He revealed that the baby daddy abandoned the woman and the child in the village so, he brought her down to Lagos to try to help her.

She came to live with him and he said that’s when his sleep started being cut short because the child always woke up crying at night.

He explained that he cautioned her to control her baby and try breastfeeding him to keep the child from disturbing his sleep. According to him, rather than breastfeed the child when he cries at night, the mother beats him, making him cry more.

He said that as an okada man he needs his sleep but hardly gets it.

On the morning he beat the child and the mother, he said the child was crying and called the woman but she didn’t answer. He beat the 10-month-old child and when his mother, who was in the bathroom, came out, she confronted him for beating her son.

The disrespect made him angry, Isaac said he beat the woman too and pushed her into the dirty water.

The woman was injured and bleeding. Her clothes were also soiled with the dirty water she was pushed into.

Isaac explained that he’s been the one taking care of the woman and her child, but that the woman doesn’t listen to him.

When asked what happened, the woman seemed reluctant to speak at first, but she later opened up and explained how the assault happened. 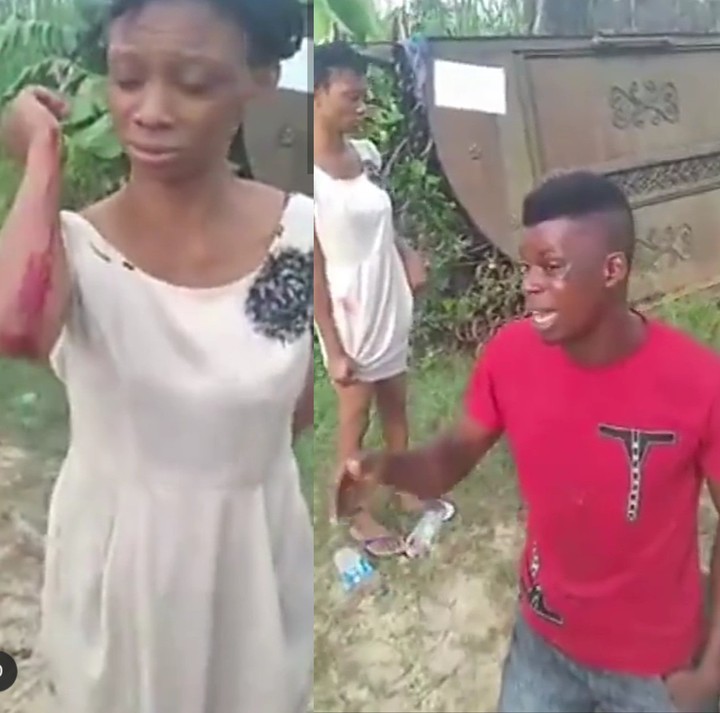