Last night, Merseyside Police sealed off roads near Anfield stadium in a bid to disperse the thousands of Liverpool fans who gathered outside the ground to celebrate their team ending its 30-year wait to win the Premier League title.

The Reds endured a three months of waiting due the coronavirus pandemic, after wish they were crowned champions on Thursday after Manchester City failed to beat Chelsea.

Barely an hour after the result’s announcement, thousands of fans were seen at Anfield, letting off flares, chanting and celebrating the title win. Their celebration seems to have led them to ignore the social distancing measures.

Up to 5,000 fans had surrounded the stadium before the police sealed off roads leading to it, but no efforts were made to stop the celebration.

A large number of police vans and uniformed officers waited near the ground even though the celebrations were peaceful despite a lack of social distancing. A police helicopter was also seen circling the ground.

Though social distancing measures were in place across the city, fans still gathered at Anfield by foot and car to share in the celebration of their side’s big win.

The roads were crowded outside the ground, with fans even climbing up the steps of the main stand. Reds supporters honked their horns and fireworks were set off as Chelsea’s victory over Manchester City was confirmed, with hundreds of fans partying outside the main stand.

Some of the fans wore masks, but the majority ignored social distancing rules as they waved flags and scarves, embracing each other in celebration of their Premier League triumph.

A fan was cheered as he walked with a can of beer and a Jurgen Klopp mask, some were in tears and others carried children as young as four on their shoulders. 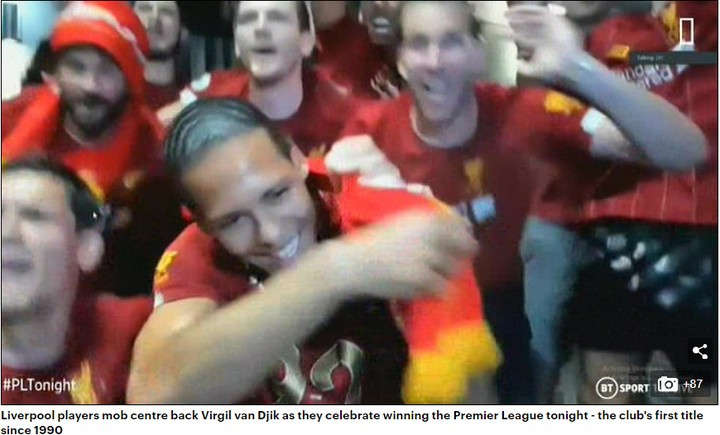 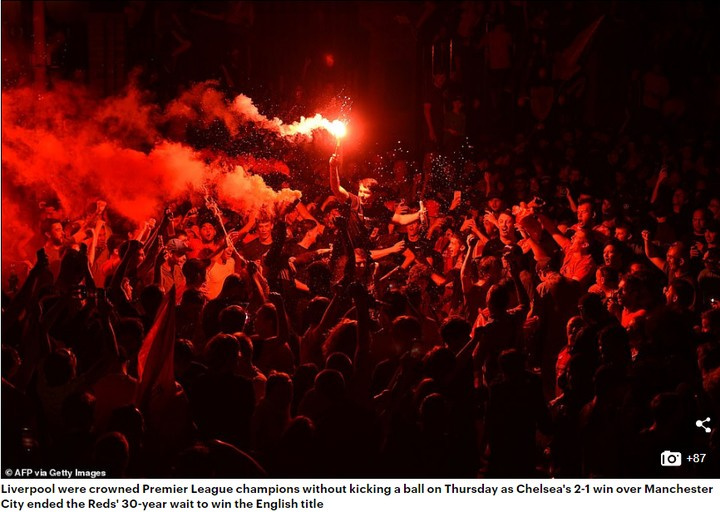 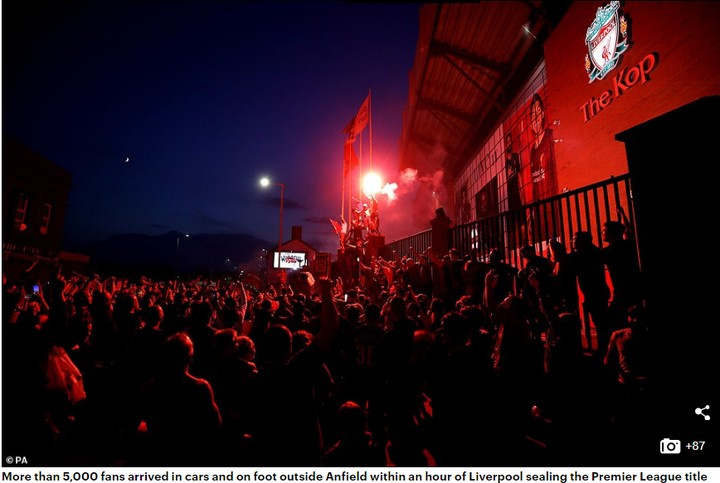 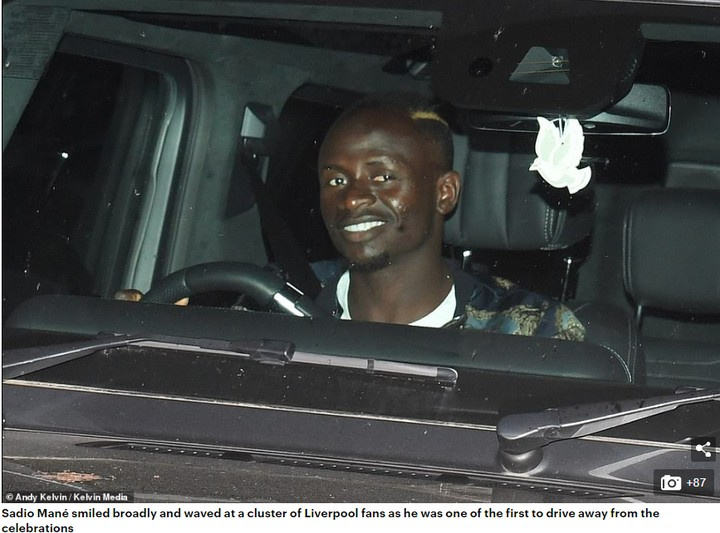