Men of the Rapid Response Squad in Lagos have been praised after they saved a young man who had an athsma attack. 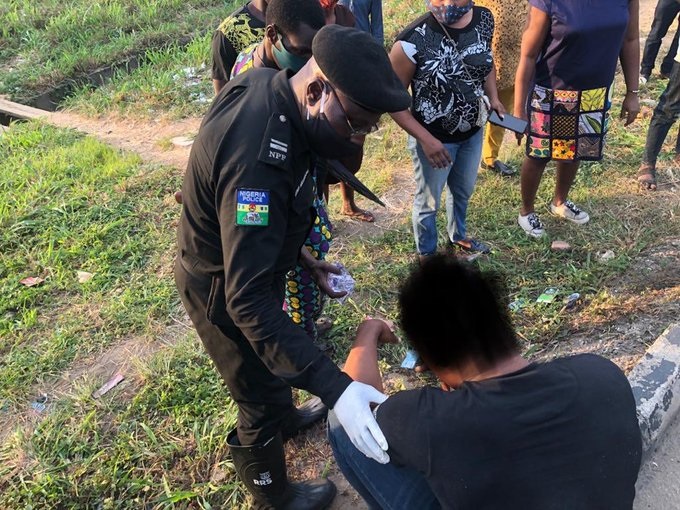 According to a tweet from their handle, the man had an attack and his inhaler got exhausted thus the policemen on duty quickly got another one from the medics department for the young man.