A 14-year-old Indonesian girl who has shared lots of photos and videos of her petting her pythons. The young girl has gotten a lot of attention on social media as people wonder how a child could keep full grown pythons as pets.

Chalwa Ismah Kamal, the 14-year-old teenager, who reportedly hails from Purworejo, Central Java, has six massive living with her and appears to have no fears when she’s around them.

Photos and videos of the Indonesian girl playing, bathing and cuddling with the giant reptiles have been going viral on TikTok and Instagram, and leaving viewers with their mouths wide open.

Chalwa is alleged to have told Indonesian website Lampung77 that she has been taking care of her pet snakes since she was only 4 and that she isn’t scared when she is around them.

People have frequently expressed the fact that they are worried for Chalwa’s safety in the thousands of comments she gets on her videos. The girl, however trust all she can to let people know that her pets are not poisonous, that they are tame and that snakes in general are victims of negative stereotypes.

Chalwa’s younger brother who also appears in some of the viral videos seems to also be quite comfortable with the snakes.

Chalwa Ismah Kamal only begun uploading snake videos to Instagram late last month, but the response she has been getting in such a short amount of time, shows she’ll probably be doing it for a long time. 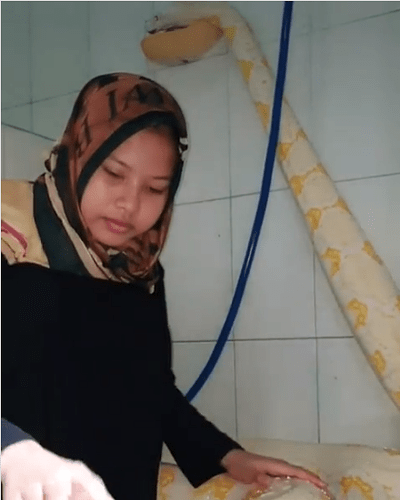 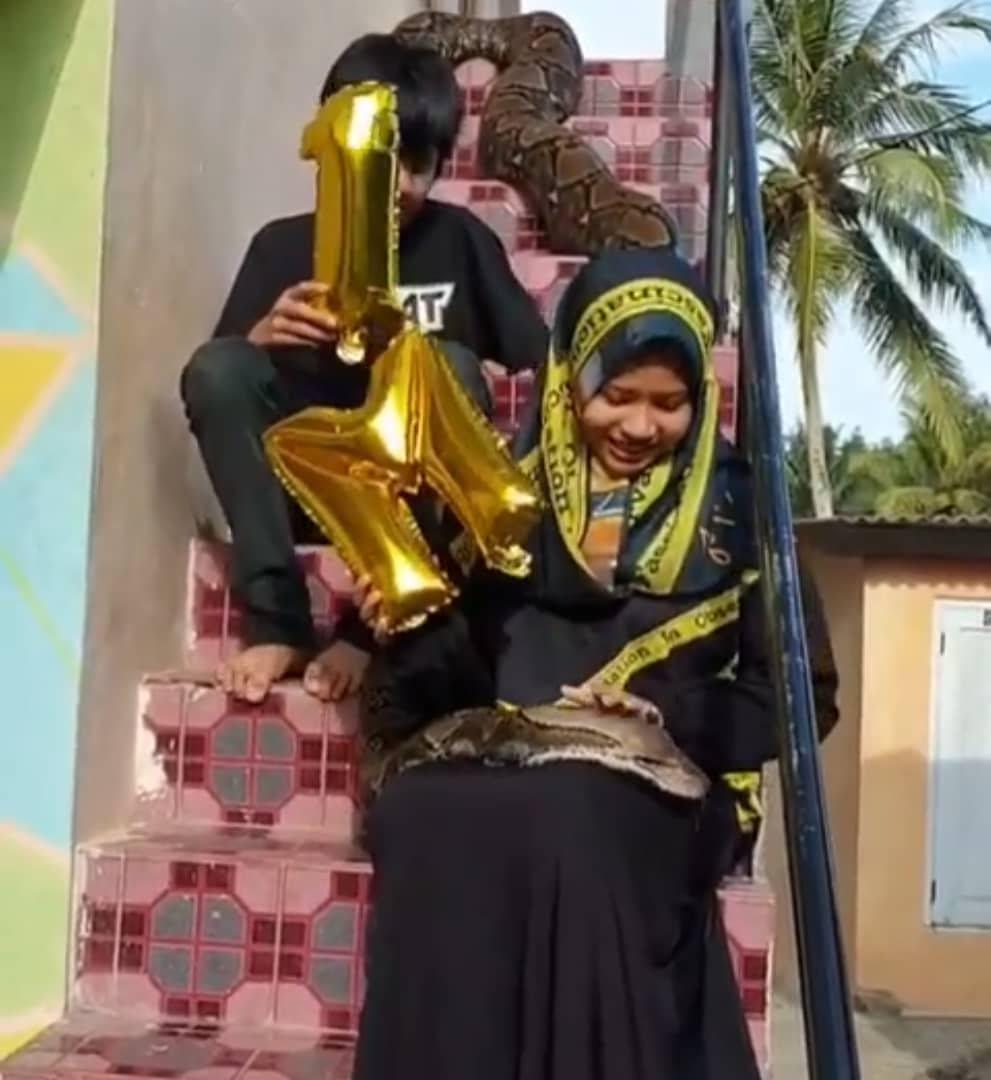 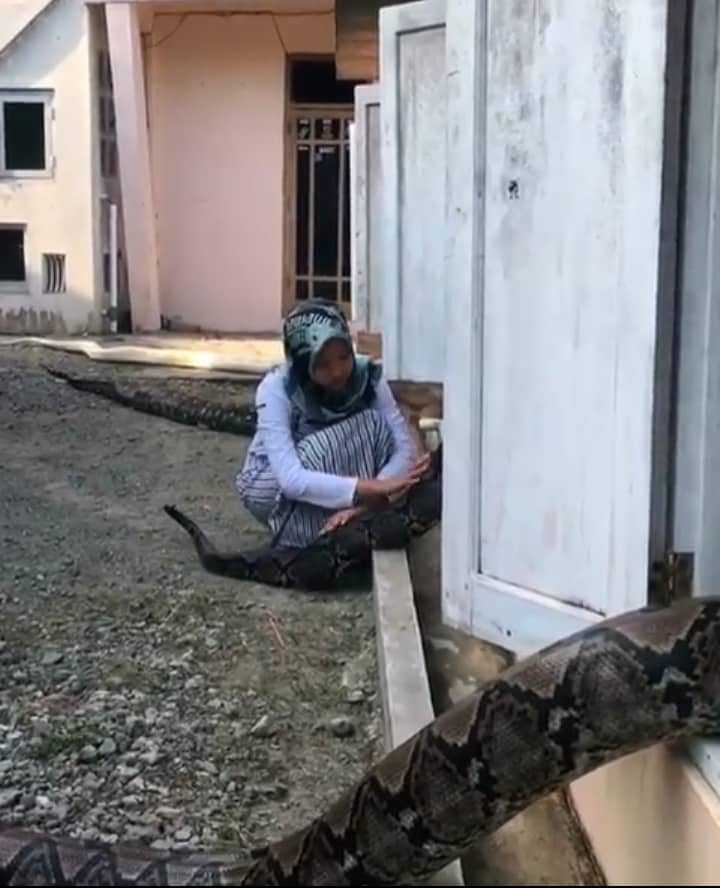 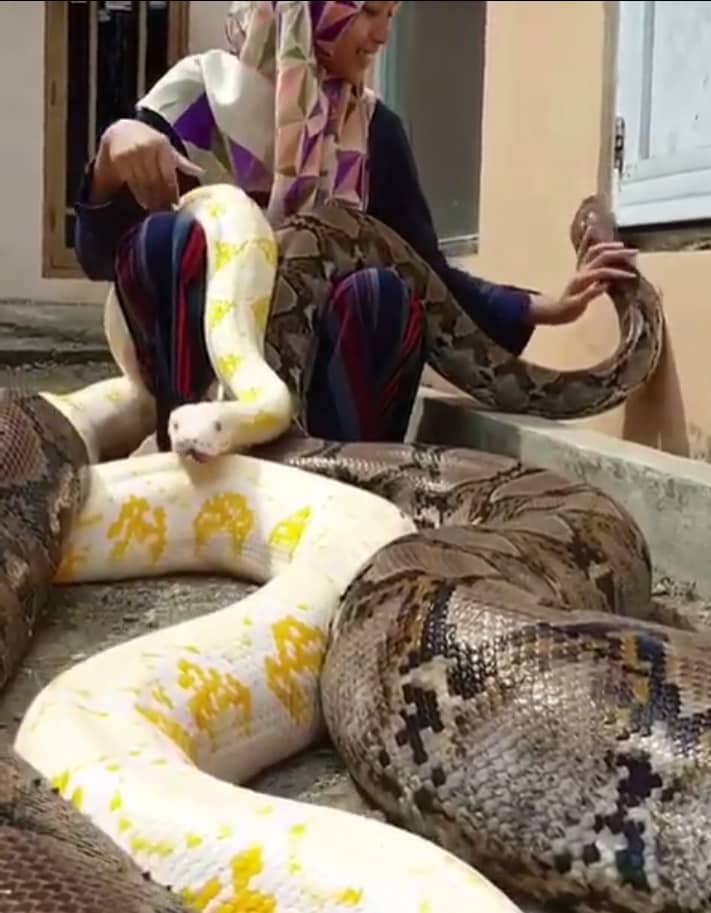 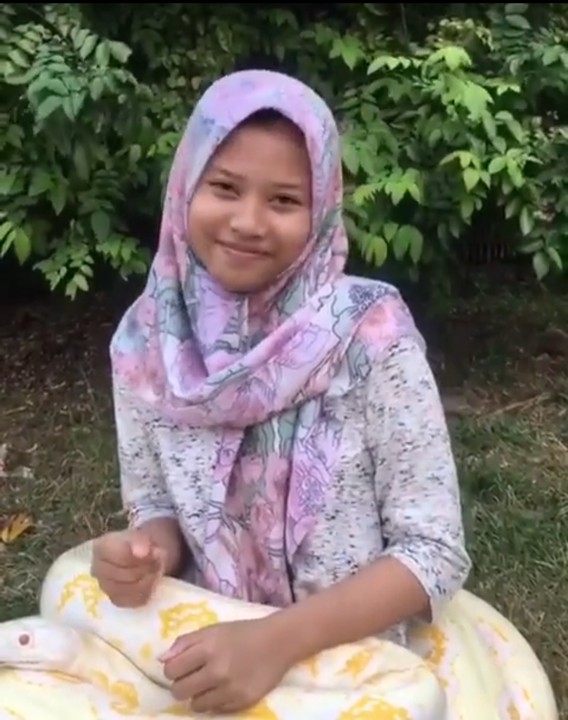 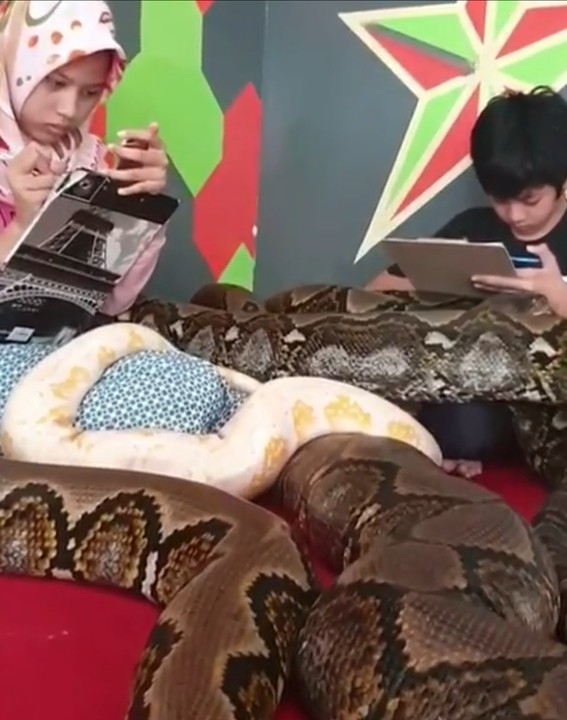