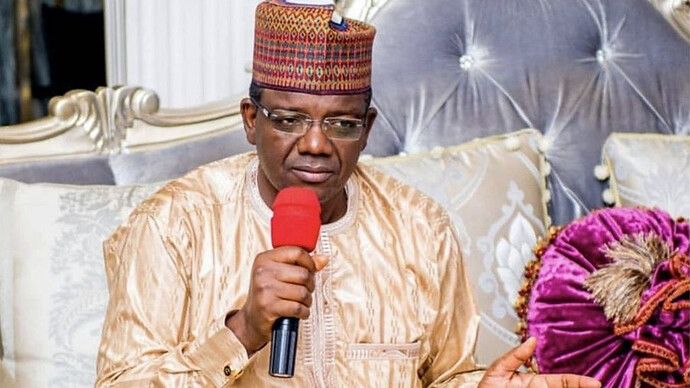 The governor of Zamfara state, Bello Matawalle, has said it is insulting for the ruling party, APC, to accuse him of sponsoring bandits in his state.

Recall that last week, the Deputy National Publicity Secretary of the party, Yekini Nabena, released a statement in which he alleged that a Northwest governor is behind the heightened cases of banditry, abductions, and other violent crimes in the region. Read here.

Some assumed the governor that was referred to was Governor Matawalle.

In a series of tweets posted on his Twitter handle, Governor Matawalle said it was insulting for the ruling party to accuse him of sponsoring bandits in his state.

''I find it insulting that the Apc is accusing me of sponsoring bandits in my own state. We all are living witnesses to the fact that during Apc’s tenure, Zamfara state was adjudged as a colony of banditry in the whole world.

We are not claiming that insecurity has totally been eliminated in Zamfara but it is on record that terror attacks have reduced drastically in the state in less than two years than Apc’s unfortunate eight years when people were running away from the State.

This is a malicious calumny by the ruling party, releasing a statement as sensitive as that, knowing fully how miserable they governed the state for the past years. Their statement is not only laughable but shows the type of leadership they have.

Alhamdulillah for the successful rescue of students kidnapped from Government Science Secondary School Kankara, Katsina State. To God be the Glory.’’ 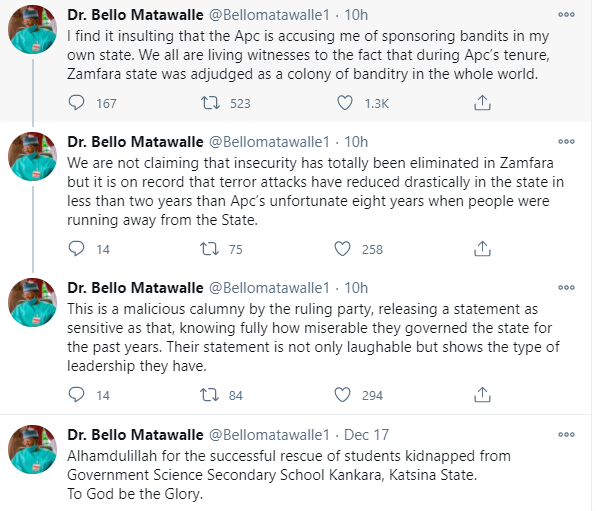