Houseboy Tortured By Married Couple Over N100 Akara In Imo

A married couple known as Mr Goodluck and Mrs Benita Ogbuji, have been put under arrest by operatives of the Orji divisional headquarters of the Imo State Police Command, for the alleged torture of their eight-year-old houseboy, Wisdom, over N100 bean cake (akara).

Chidiebube Okeoma and Harriet Ijeomo, are the two journalists who led the policemen to the couple’s residence at Umudagu Mbieri in the Mbaitoli Local Government Area of the state, claiming that the young boy had been dehumanized by the man and his wife dehumanised for buying N100 worth of bean cake, instead of N50.

Okeoma said, “We got information that a couple dehumanised and almost killed their houseboy because he bought bean cake of N100 instead of N50.We made inquiries through social media and we got their house address. We mobilised policemen to the place in the early hours of Thursday and got the wicked couple arrested and rescued the innocent child.

“They have been detained at the Orji Police Division, while the boy is being taken care of by the policemen. The level of injuries inflicted on the boy is wicked. We are seeking justice for the child. We want the couple to be prosecuted. The boy has been out of school since 2019.” At the police station, the accused housewife, Benita, blamed the act on the devil, saying she regretted it.

The Interim Management Committee Chairman of Ohaji/Egebma LGA, Marcel Amadioha, where the boy hails from, revealed that his office was interested in the case.

The police spokesperson, Orlando Ikeokwu, said the command was on top of the matter. 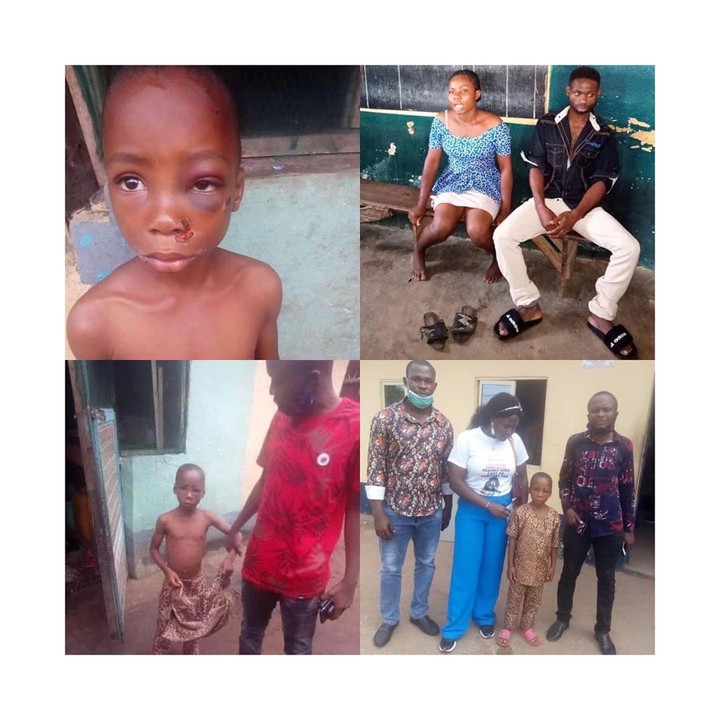