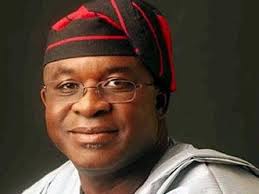 Former President of the Senate, Senator David Mark has described the late old Kaduna State governor, Alhaji Abdulkadir Balarabe Musa as a champion for the emancipation of the oppressed in the country.

Senator Mark said his death was a big blow to the struggle for genuine democracy in the country.

In his condolence message to the family of the deceased, Senator Mark noted that late Balarebe Musa was an uncommon activist whose defense to the oppressed stood him out in all spheres of life.

He described the late Balarebe Musa as a great patriot, an advocate for peace and justice, stressing that his voice was for the voiceless.

Mark added that the late Balarebe Musa was bluntly frank, courageous and steadfast, who never for once stayed away from fighting for justice throughout his lifetime.

“He called a spade its proper name,” the statement explained.

He observed that the country had indeed lost an honest and patriotic statesman, saying that until his death, he distinguished himself as one of the finest and fertile minds amongst the political class in the country.

Senator Mark noted that though the old Kaduna state governor paid his dues, his wealth of experience and knowledge would be missed, stressing that his experience is needed to navigate through the murky terrain of the Nigerian politics.

He said that the memories of late Balarebe Musa would linger for a long time in the country because of his positive footprints in the sand of time.