George Floyd:Banks Get Burned Down During Protest In US

On Saturday night, at a suburb of San Diego, rioters burned two banks to the ground, looted and destroyed many other businesses.

The protests over the killing of George Floyd in Minneapolis which were supposed to be peaceful, turned into riots at dusk in La Mesa, a suburb of about 60,000 people east of San Diego, leaving a trail of destruction.

They burnt the Chase and Union banks next door to each other, as reported by Fox 5. Photos showed how the fire engulfed one bank and all that was left of it was a gutted skeleton of lumber and twisted metal.

Many businesses were vandalized, including a Goodwill store, a real-estate office and a popular bar. Daniel Buxton, the owner of Play It Again Sports, revealed that he returned to his establishment to find “complete destruction.”

“Took what they could, destroyed what they could and got out,” he said to the local station KPBS. He added that the looters used bats to destroy the inside and lit a fire which the sprinklers had put out.

Video of looters breaking glass windows and raiding a Walmart after midnight at the Grossmont Center in La Mesa was captured by KNSD.

San Diego police officers, along with other law enforcement agencies, walked shoulder-to-shoulder through the streets after 2 a.m. Sunday, telling hundreds of protesters and observers that they would be arrested for unlawful assembly if they didn’t disperse.

“I think people are hurting and they’re angry and they’re trying to be heard because there’s no other way to get anyone’s attention,” Ally Kaiahua, a white woman, told The Associated Press about the property damage in La Mesa. “It’s unfortunate but this has been part of our history and how things get done because they don’t listen any other way.”

After the curfew had been lifted at 7 a.m. on Sunday morning, volunteers began coming out to help as best as they could to clean up the destruction in La Mesa. Many carried trash bags and brooms, while others painted vandalized property, local news outlets reported.

"It was overwhelming to see this community come together,” Aaron Henderson, owner of a looted coffee shop, told KNSD. 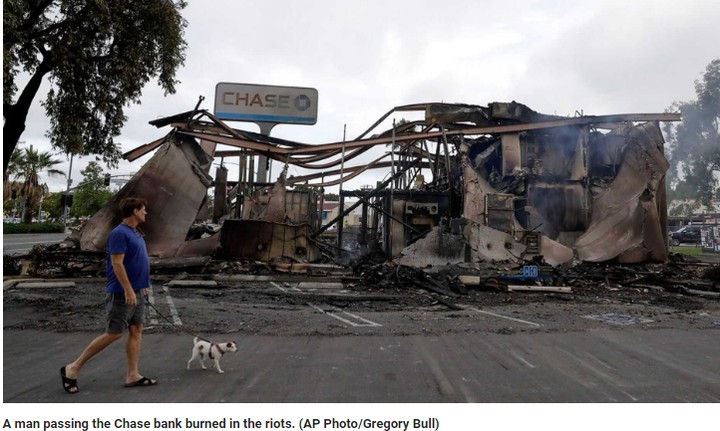 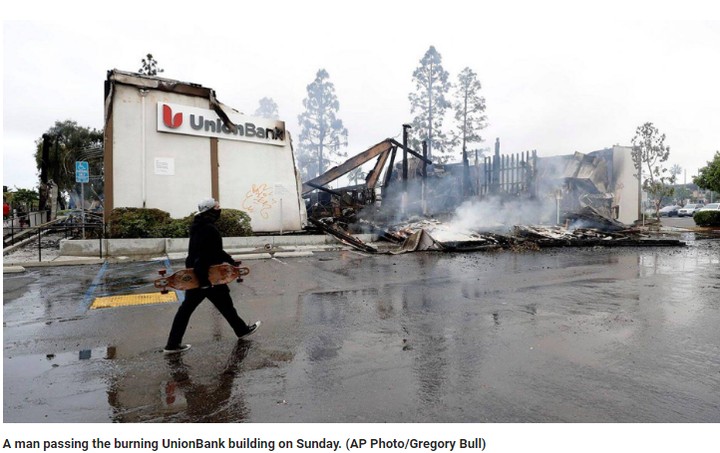 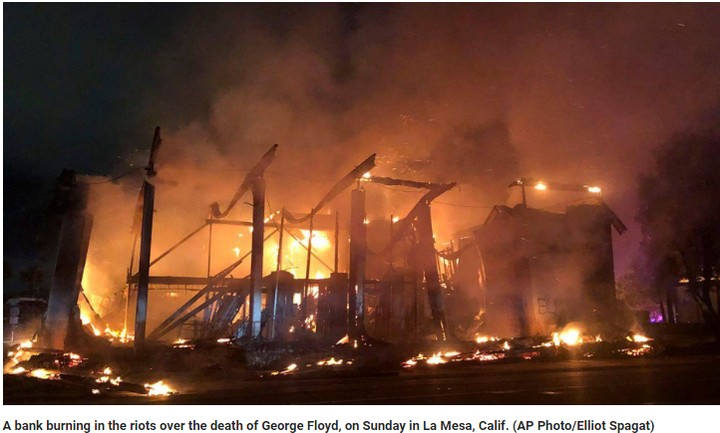 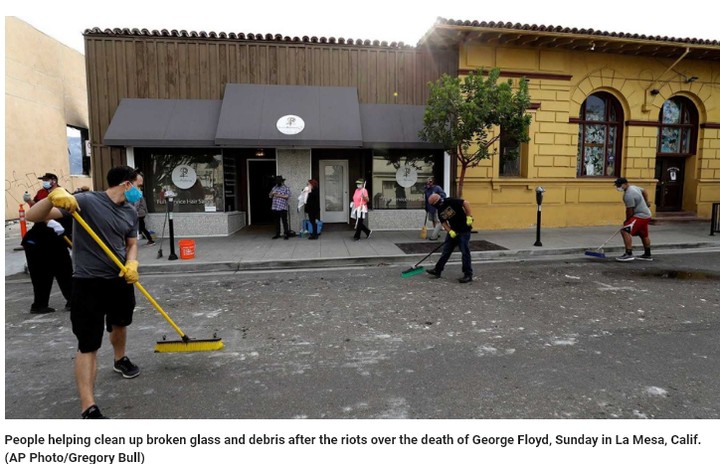