DJ Cuppy Gets A Signed Man U Jersey From Ighalo

DJ Cuppy decamped from Arsenal to Manchester United, the reason was said to be because of Jude Ighalo’s goal against Norwich City.

This might be the striker’s way of welcoming her to the Reds because he referred to her as “My DJ Cuppy”. 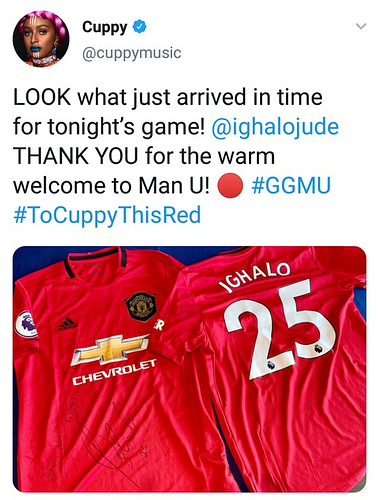 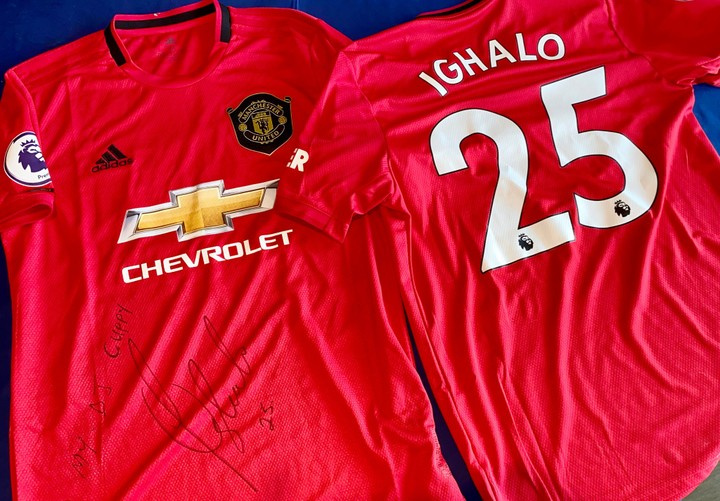