Davido’s album, named A Good Time gets 1 billions streams online. In a video, he shows of the award pointing out the fact that it has never been done before in Nigeria. A follower who attacked him for making the victory sound like a competition was quickly tackled by Obama DMW, who initially shared the video. 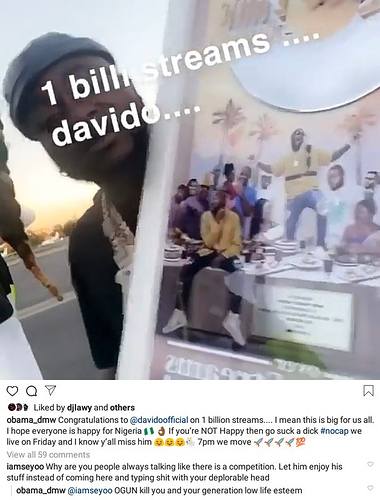 I congratulate him for the feat!!! But what is really wrong with Obama DMW?? That nigga be doing anyhow ooo